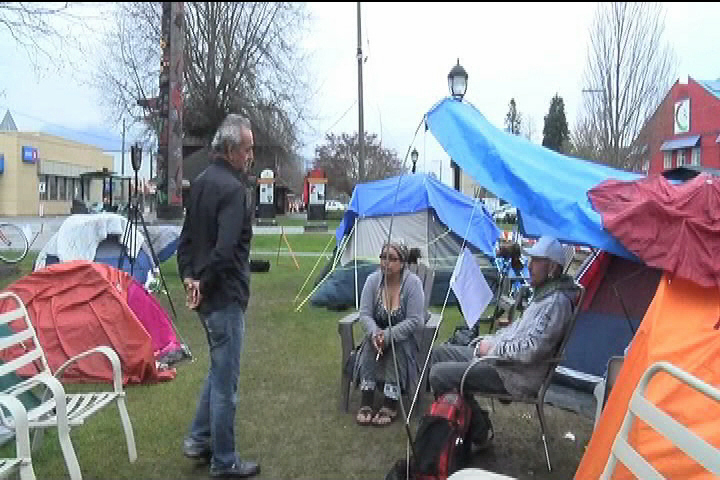 WATCH: Police and bylaw officers moved in today to dismantle a homeless camp in the heart of Duncan. Isabelle Raghem reports.

Tents at the homeless camp in Duncan were dismantled, belongings removed and the ground searched for needles Friday morning.

The camp that defied a court order to move by 3 p.m. Thursday, was taken down by a dozen officers at 9 a.m.

Police say while most left peacefully, one of the homeless activist who spoke with CHEK News Thursday was arrested.

“Chrissy Brett, who was the organizer, refused to go so she was arrested and carried out on blanket because she refused to walk,” says Duncan Councillor Sharon Jackson.

Once released Friday evening, Brett told CHEK News she will be housing a 17-year-old and a 19-year old, both campers who she says have nowhere else to go.

The City of Duncan says they had no choice but to take the encampment down.

“The amount of rage in Cowichan Valley was over the top and we were afraid it was going to turn into violence,” says Coun. Jackson.

One nearby business is happy they’re gone.

“We had to put a lock on the family washroom for the first time in 14 years of being open, because I found a needle on the baby changing table,” says Emma Neilson of the Duncan Community Farm Store.

The shop says the camp has cost them hundreds, if not thousands since it was set up last month.

“We’ve had to double our payroll, we need two people on staff during busy times of the day-, we’ve had over $300 of theft,” says Neilson. “We’re all for them having proper housing, but having the camp definitely changed the atmosphere of the Duncan Garage.”

Some residents argue dismantling the camp isn’t a solution.

“What are they going to do to address this problem? It’s chronic, it’s not gonna go away,” says Peter W. Rusland, a reporter with the Duncan Free Press. “It’s been on for decades and there’s no where for these folks to go.”

The city says they’ve been in constant contact with the Warmland shelter to make sure there was enough room for the campers.

The shelter says they’ve had beds available for the past week and a half, but none of the campers from the park have shown up.

Protesters say the shelter doesn’t allow the use of drugs on site, a deterrent for addicts.

The city of Duncan says in addition to the $15,000 in enforcement, clean up and legal costs, they will have to spend even more tax payer money to re-turf the downtown park. 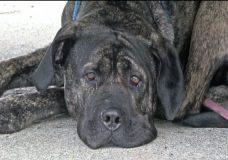 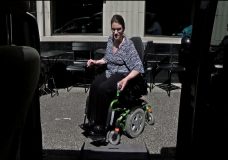