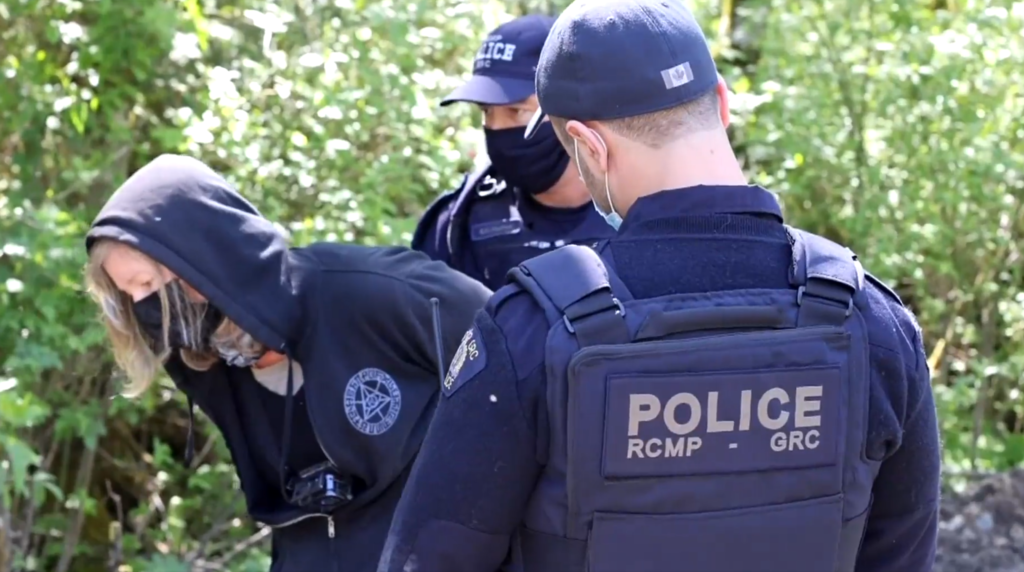 Mounties are once again enforcing a court injunction at an old-growth logging protest camp at Fairy Creek after the injunction order was reinstated earlier this month.

In a statement, BC RCMP says it has maintained a presence in the area of the Fairy Creek Watershed since a Sept. 28 court decision not to extend an injunction against blockades taking place there.

But now that the BC Court of Appeal ordered a stay of that decision and reinstated the injunction, RCMP are facing off with protesters again.

“The RCMP has been assessing the decision and resources and can confirm that enforcement of the injunction is continuing today,” BC RCMP said in a statement. “Updates will be provided at the end of the day.”

A video of the protest, which has been ongoing for more than a year, was posted to Twitter Monday morning appearing to show a standoff between RCMP and protesters.

Cree land defender Mitîhî addresses police behind the exclusion zone set up by police @ #fairyCreekBlockade “What will you tell your children about how you tried to save the planet from burning?” pic.twitter.com/pEmU0NIpJS

Teal Jones wants to keep protestors away from the region because it wants to winterize its roads and haul out fallen timber, but protesters say they’re not leaving, even after the interim injunction was reinstated.

In June, the B.C. government approved the request of three Vancouver Island First Nations to temporarily defer old-growth logging across about 2,000 hectares in the Fairy Creek and central Walbran areas, but protesters have said they won’t rest until all old-growth logging is deferred.

The Fairy Creek protests are considered largest in Canadian history with more than 1,110 arrests. According to Teal Jones, only three arrests resulted in criminal code charges. 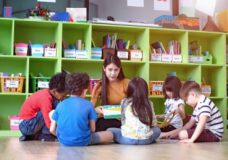