“We’re passionate,” said one protester who goes by the alias ‘Chaga’. “We want to save the old-growth, we’re here also for indigenous land sovereignty.”

One event saw a protester dangling ten metres high attached to a monopod, while another two had their arms linked to the ground in a tactic called a ‘sleeping dragon’.

“In a short version it’s either a piece of a PVC pipe or steel pipe with an anchor at the bottom,” RCMP Media Relations Officer Gilles Deziel explained. “The person puts their arm into the device and they do not let go.”

Police take approximately an hour to remove and arrest the two while trying to negotiate with the group to bring the other one – high above the ground – back down.

One forestry worker sat on his equipment and watched the event, telling CHEK News that scenes like this have become a typical day in the woods.

Using a lift to meet the protester in the air, police are forced to remove bike locks and wire wrapped around her neck and body. It’s clear she is not co-operating as she’s seen going limp while police negotiate her safe extraction. It’s another arrest, more than a thousand in the past seven months.

This operation takes around 3 hours to complete, but there’s another camp to attend to just up the road, as the seemingly never-ending Fairy Creek conflict continues for another day. 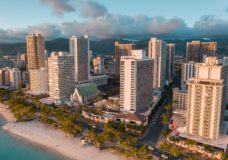 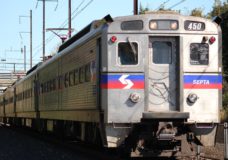