WATCH: Police continue to scour the area near Topaz Park where a body was discovered Tuesday. April Lawrence has the latest.

RCMP and Victoria police officers were conducting grid searches on Topaz Avenue and the area around it Thursday.

When something of interest was found a marker was placed down and an officer would come and photograph it and place it in an evidence bag.

There has been a heavy police presence in the neighbourhood since Tuesday afternoon when a body was found near S.J. Willis school.

The Times Colonist spoke to the excavator operator who says he discovered the body.

He says the crew was working in the area when they were overcome by a foul smell.

The excavator operator said when he found the body, it appeared to have been buried and was covered in a tarp or a tent.

He said the ground was hard, and the remains were in the soil a “good depth”.

The body was removed by the B.C. Coroner Service, and while the Vancouver Island Integrated Major Crime unit is investigating, RCMP won’t say if foul play is suspected.

They are now saying it doesn’t appear the public is at risk.

That is welcome news for neighbours who have been watching the alarming scene unfold.

“This is a family neighbourhood and the kids are always playing outside so literally it’s just right there that it happened so it’s kind of a little bit scary for us,” said Clarissa Houston, who lives nearby.

People looking to register at S.J. Willis school Thursday were surprised to find it closed and roads surrounding it shut down.

With such an extensive investigation, in such a public place, many have questions about what might have happened there, but for now, there are very few answers. 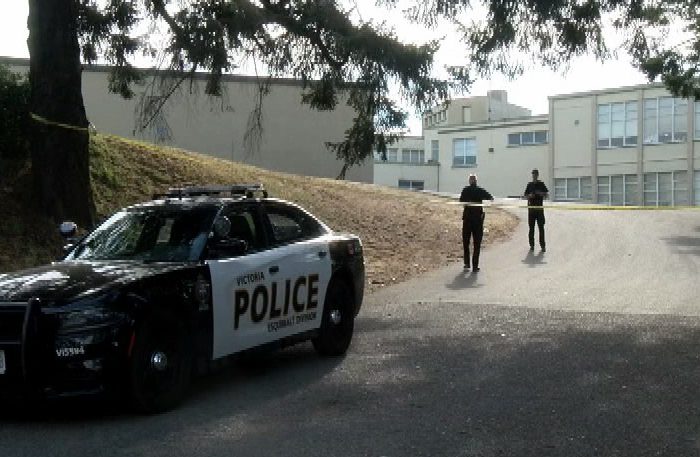 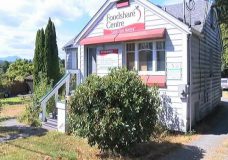 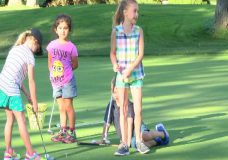 Victoria's next generation of golfers begin at the Vikes Junior Tour