A bag containing an incendiary device shut down all incoming and outgoing commercial flights from the Victoria International Airport for hours Tuesday.

The Victoria Airport Authority confirmed that following an investigation, the suspicious item that shut down the airport from Tuesday afternoon into the evening was determined to have been an incendiary device as well as “inert surplus military supplies” found in checked baggage.

The package was discovered in a bag brought in by a passenger at departure check-in, prompting Mounties to respond to the airport just after 1:30 p.m.

When Canadian Air Transport Security Authority officials scanned the bag, they realized there “were items inside that could be of a dangerous nature,” according to Sidney/North Saanich RCMP spokesman Cpl. Andres Sanchez.

Police believe the bag contained an item resembling an incendiary device, prompting the Victoria Airport Authority to shut down all incoming and outgoing commercial flights, publicly announcing the closure just before 3:30 p.m.

Addressing the nearly two-hour gap between the discovery and announcement of the airport closure, Sanchez said “there was a wide berth that was given to it because we didn’t know what the item was at first.”

RCMP made the decision to inform the airport it should shut down after consulting with an explosive disposal unit, he said.

The person who brought in the bag is currently under investigation and authorities are determining if charges are applicable.

The incident led to the cancellation of approximately 20 scheduled flights from 2:30 p.m. to 8:30 p.m., according to the Victoria Airport Authority (VAA).

“Throughout the incident, we cooperated fully with the authorities and emergency response crews and any other personnel that assisted the RCMP,” VAA said in a statement. “We are thankful for the teamwork shown by the RCMP, the YYJ emergency response teams and our mutual aid partners in Sidney and North Saanich.

The airport said the incident had been resolved and the airport was reopened just before 8 p.m. Travellers were still being urged to confirm their flight status with their airline and to check information on the airport’s website.

Update: The security incident has been resolved. The airport has reopened. There are a few late evening arrivals so please check the status of the flight. We appreciate everyone's cooperation today. #yyj #yyjops

The airport was closed to commercial flights for roughly six hours as an explosive unit made its way over from the Lower Mainland to investigate the incendiary device.

“Out of caution, we want to make sure that bag is safe before we start any flights incoming or ongoing,” Sanchez said.

RCMP said that despite the discovery, there were no concerns to public safety at the airport, where many people still lingered hours after the discovery, wondering what was going on with their flights.

The arrivals area remained open for people to access, where people were using the area to get in touch with their airlines about travel details.

Many travellers arriving to the airport did not learn about their cancelled flights until they got there.

“We just arrived here and it’s cops everywhere, it’s little kind of intimidating to first pull up but it was definitely a strange scene,” traveller Russ Kelly told CHEK News.

“We heard from a couple people that it could have been like a few bombs in a backpack or something like that, some guy, some mentally ill person tried to get get on a flight, but yeah.”

A statement from WestJet said six flights had been cancelled as a result of the temporary closure.

“All guests impacted by the listed cancellations have been proactively notified and re-accommodated,” it said.

Around 6:45 p.m., the airport’s website showed five Air Canada flights between 3:30 and 8:20 p.m. had been cancelled. An Air Canada flight to Calgary scheduled to leave Victoria at 6:20 a.m. Wednesday was also listed as cancelled. 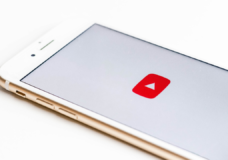 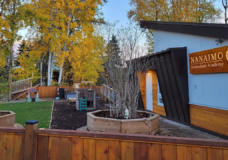