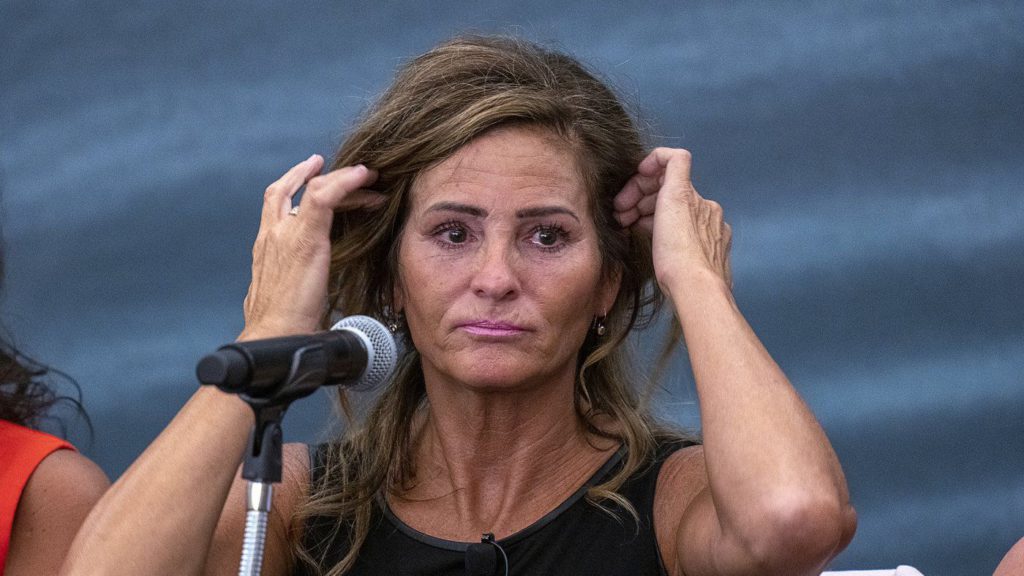 THE CANADIAN PRESS/Andrew Vaughan
Lisa Banfield, the common-law wife of Gabriel Wortman, testifies at the Mass Casualty Commission inquiry into the mass murders in rural Nova Scotia on April 18/19, 2020, in Halifax on Friday, July 15, 2022. Wortman, dressed as an RCMP officer and driving a replica police cruiser, murdered 22 people.

The spouse of the man responsible for the worst mass shooting in modern Canadian history says she was charged with supplying ammunition to the killer because the RCMP wanted to deflect attention from mistakes made during their investigation.

In a lawsuit filed Oct. 21 in Nova Scotia Supreme Court, Lisa Banfield accuses the RCMP and the province’s Public Prosecution Service of conspiring to stage a malicious prosecution that led to a “trumped-up charge” filed on Dec. 4, 2020.

“(The) Nova Scotia RCMP instigated a baseless investigation into the plaintiff’s involvement in the events of April 18-19, 2020 in an effort to draw attention away from the errors committed by the … RCMP in their response to the (killings),” the lawsuit alleges.

The allegations have not been tested in court. The federal and provincial attorneys general — both of whom are named in the suit — could not be immediately reached for comment.

The statement of claim, filed in the courthouse in Amherst, N.S., goes on to allege the charge against Banfield was intended to create the appearance that the RCMP were doing something after a federal-provincial inquiry was established in July 2020.

As well, Banfield alleges the RCMP failed to inform her of her right to have a lawyer present when she provided recorded statements to the Mounties and later walked them through her actions on the night the killing started in Portapique, N.S.

The document concludes by arguing the charge was unlawful because the Mounties and the Crown failed to recognize that Banfield’s partner, denture-maker Gabriel Wortman, had subjected her to life-threatening violence throughout their relationship.

“(The) actions of the Nova Scotia RCMP and the (Nova Scotia Public Prosecution Service) … were a blatant and callous disregard of the plaintiff’s rights,” the lawsuit says.

According to the suit, the RCMP had assured Banfield she was “being viewed solely as a victim” early in their investigation.

And when RCMP first announced charges against Banfield, her brother and brother-in-law, investigators acknowledged the three had no knowledge of what the gunman would do. They were charged with giving the killer .223-calibre Remington cartridges and .40-calibre Smith and Wesson cartridges. All charges were withdrawn by the Crown after the trio took part in a restorative justice program.

The public inquiry, which wrapped up public hearings in September, heard that on the night of April 18, 2020, Wortman beat Banfield and fired gunshots at her before she was handcuffed and shoved in the back of a car that he had modified to look exactly like a marked RCMP cruiser.

Banfield managed to escape and hid in a nearby wooded lot in Portapique, before she fled to a neighbour’s home, where police were called at dawn.

The gunman fatally shot 13 people in Portapique before fleeing the rural enclave around 10:45 p.m. After spending the night in nearby Debert, N.S., he killed another nine people while leading police on a chase that spanned more than 100 kilometres across northern and central Nova Scotia. After 13 hours at large, he was shot to death by a Mountie when he stopped at a gas station north of Halifax.

Banfield was interviewed by RCMP investigators on April 19, 20 and 28 — but she was never told she could have a lawyer with her, the lawsuit alleges.

During a news conference on April 28, 2020, RCMP Supt. Darren Campbell described Banfield as the “first victim,” and he emphasized that she did not have anything to do with the killer’s actions, the document says.

The lawsuit says the inquiry, which started hearings in February 2022, “placed intense pressure on the Nova Scotia RCMP as it threatened to expose errors committed” by the Mounties. That pressure prompted the RCMP to launch a prosecution that caused Banfield to “suffer significant losses for which she claims general and special damages.” The amount of damages sought is not specified. 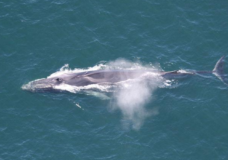 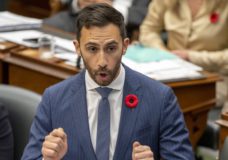