WATCH: The story of a stranded seabird rescued a long way from its usual territory. The brown booby was found at Victoria’s Ogden Point on Monday in clear distress. It remains in critical condition at the SPCA?s Wild Animal Rehabilitation Centre in Metchosin. Luisa Alvarez Luisa Alvarez spoke with Rocky Point bird observatory volunteer Ann Nightingale and senior rehabilitator with ARC Marguerite Sans.

The rare adult Brown Booby bird that was found Monday shivering and immobile at Ogden point in Victoria continues treatment at the BC SPCA Wild Animal Rehabilitation Centre.

“The fact that somebody saw it on land before wild ARC had even looked at it that already tells me that we got a health issue,” said volunteer with the Rocky Point bird observatory Ann Nightingale.

The female bird which was found emaciated with irritation, inflammation, and abrasions on her feet along with a small puncture on her chest remains in critical condition.

“Based on how thin she is she is no longer able to process whole foods without it possibly being fatal, so we have to introduce highly digestible elemental diet initially to try and get her strength back up,” senior rehabilitator with ARC Marguerite Sans said.

The bird’s prognosis is still undetermined as she has only been in care for 48 hours and the first 72 are the most critical.

“She definitely has a long way to go, she’s at least 20-30% underweight and so we do need to watch her organs and her intestinal track are starting to work better. Then we can gradually increase her weight and start offering her closer and closer to her natural whole foods diet,” said Sans.

The next steps after that would be making sure that her feathers and her waterproofing are excellent because both are extremely crucial for a seabird to survive in the wild.

The unusual yet beautiful looking bird is very rare in the area, this being only the fifth sighting in the city since 2009. The brown booby typically frequent more tropical ocean climates.

So what brought it so far north?  Nightingale has her theory.

“My guess is that it at least came part way on a vessel but then we had those huge storms last week with the wind blowing in so it may have well gotten blown in as well,” said Nightingale.

If all goes well with recovery, BC SPCA ARC said they would be looking at releasing her back into the wild locally.

Releasing her anywhere else would be harder on the bird.

Sans also says, “if she becomes strong enough she is fully capable of migrating back south on her own.”

But with the long road of recovery ahead for the majestic creature, the medical care is proving to be pricey, estimated to cost upwards of $2,000.

ARC does not get government funding and is reliant on public donations.

If you want to help you can donate through their website. 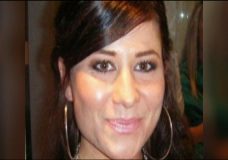 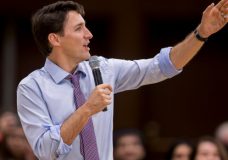