Four seniors who created and designed a quilt with the goal of fundraising $10,000 for displaced Ukrainians says it has only reached just over half of its goal as their deadline nears.

Dubbed the “Patchwork of the Heart” four residents from the Tapestry at Victoria Harbour spent six weeks working on the counterpane, featuring an embroidered flower, blue and yellow lines, and a Ukrainian flag on the back.

The team says that they also credit their work to local quilter Jennifer Watson—who helped on the piece.

“It’s bright and it’s colourful, and it’s very much the Ukrainian colours. I think it stands out very nicely,” said Helen Van Alstine, who helped create the quilt.

The idea began in March when four residents—Don Ross, Angie Chan, Pat Montgomery, and Van Alstine—teamed up to create the quilt. The group is currently partnered with the Inter-Cultural Association of Greater Victoria (ICA) to raffle off the counterpane.

The money will go towards supporting around 100 Ukrainians who are seeking residency in the area.

“The war is still going on and we really need a lot of help,” said Chan.

None of the team members say they’ve met any Ukrainians but they felt that they had a duty to help.

“I don’t think you can imagine leaving your family. Some of them leaving their husbands, their dads, brothers there to fight. How do you do it? I choke up thinking about it,” said Ross.

The final day to purchase tickets is Aug. 31, with the draw taking place the following day. The group says that it’s hoping to meet some of the Ukrainians they’re helping.

To purchase tickets, you can visit the front desk at Tapestry at Victoria Harbour at 777 Belleville Street, or visit their website here for more information. 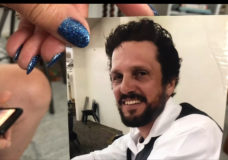 'It should never have happened': Parents of man killed by Nanaimo RCMP pleaded for help 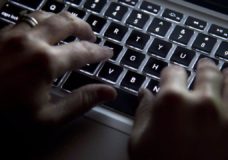