‘This needs to be done carefully:’ Province to dismantle homeless camps at Topaz Park and Pandora Avenue 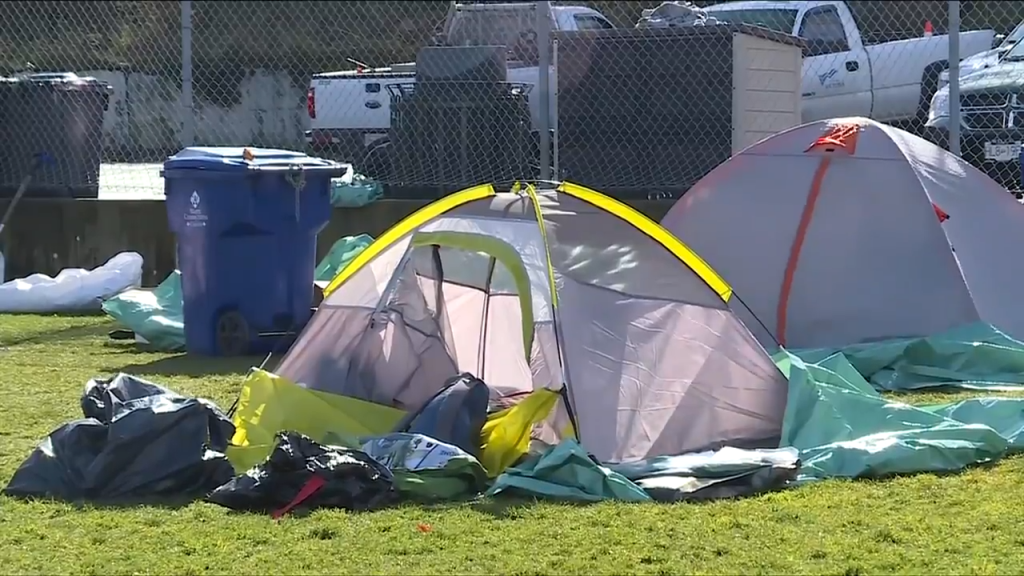 B.C. is planning on moving homeless people out of encampments in Victoria and into temporary housing.

The B.C. government announced on Saturday that it will transition those living at Topaz Park and on Pandora Avenue in Victoria and at Oppenheimer Park in Vancouver into temporary accommodation, where they will have their own living space as well as access to services and basic amenities during the COVID-19 pandemic.

The province has also ordered the encampments to be dismantled by May 9. It says has managed to secure 324 hotel spaces in Victoria as well as 686 hotel and community centre accommodations in Vancouver.

During a press conference on Saturday, Shane Simpson, minister of social development and poverty reduction, said that health care workers have withdrawn services from the encampments over concerns for their own safety. He also said encampments increase the risk of COVID-19 infections and outbreaks within the community.

“These encampments pose an elevated risk of an outbreak of COVID-19 in these communities,” he said. “It is becoming increasingly difficult, if not impossible, to follow the provincial health officer’s directions on physical distancing, on important hygiene practices and quarantining for those who may be feeling any symptoms of sickness.”

Mike Farnworth, the province’s solicitor general and minister of public safety said the order to shut down the homeless camps is a public safety order that falls under the government’s emergency program act.

“This is a public safety order, not a health order, as this situation has a lot of complicating factors beyond being just a health emergency,” Farnworth said on Saturday. “As an order under the emergency program act, police and other compliance officials are able to enforce any violations of this act. We know there will be big challenges ahead and we know that this needs to be done carefully.”

There have been at least two deaths at Topaz Park in recent days and Victoria Police have seized numerous weapons and stolen items from the homeless encampment this month.

Farnworth noted that there have been numerous incidents of assault and violence at the encampments. He said police are routinely finding weapons at the encampments as well, which poses safety issues to health care workers.

“All of these have created an atmosphere and attention that has, in part, contributed to some of the challenges, to health care workers,” Farnworth said.

The measures are the first step towards providing permanent housing for people living in the encampments.

Simpson said a total of around 350 people live at Topaz Park and Pandora Avenue and 250 people live in Oppenheimer Park and the surrounding area. He said the province has “accommodation to meet the needs of all those people” and that long-term the goal is to put them in more permanent housing.

“We have no intention of these people being put back out on the street at the end of this process,” he said.

Between 15-20 people will be removed from the encampments in Vancouver and Victoria each day, according to Simpson.

“Our focus truly is getting people out of the park, off of the parks, off of Pandora Street, into safe secure housing with the supports they need,” he said.

Recently, B.C. announced new measures to allow people with addiction issues to access prescription drugs quicker. The move was done amid fears that the illegal drug supply is becoming increasingly more poisoned due to border restrictions caused by the COVID-19 pandemic.

In response to a question from CHEK News about whether residents at the homeless encampments will be provided additional support to access safe prescription drugs in their new temporary housing, B.C.’s Minister of Mental Health and Addictions Judy Darcy said there have been dedicated teams working with those living at the camps and that they will continue to provide assistance.

BREAKING: Province of BC announces that they will be temporarily moving many of those experiencing homelessness in Vancouver’s Oppenheimer Park and Victoria’s Topaz Park and along Pandora to hotels during the COVID crisis. There are 324 spaces in Victoria. More to come @CHEK_News