September 19, 2019 updated
CHEK
WatchForest Safety Ombudsman called for new classifications for logging roads leading to communities like Bamfield that would have raised standards for maintenance.

Numerous stories in recent days have highlighted the condition of Bamfield Road between Port Alberni and Bamfield.

People who drive it regularly say it’s unsafe during the day, let alone at night like when the bus carrying University of Victoria students crashed on Friday.

Now, the author of a Forest Safety Council report on logging roads completed in 2008 says his recommendations that would improve maintenance and safety on logging roads used to access communities have been ignored by the Provincial Government.

“Those specific roads need to be looked at and managed differently, managed in a way that supports the people who live in those communities,” said Roger Harris, BC Forest Safety Ombudsman.

In the report, Harris expressed concern about tour buses and students using the road to Bamfield.

He made 17 recommendations including one that read: “The province should establish a new public highway designation for resource roads that serve as the primary or secondary access roads for communities.”

The new designations would have higher standards for maintenance and therefore safety, that current logging roads have.

“This is a road (to Bamfield) that has long since expanded beyond its single-purpose use of moving logs and now services a community and a community with the same needs that those of us that live in larger urban centres have,” said Harris.

Other island communities like Zeballos and Tahsis are also served by logging roads.

“This is the single biggest issue that I have to deal with all the time from the public,” said Tahsis Mayor Martin Davis.

One-third of the 61 km long Headbay Road between Gold River and Tahsis is seal-coated and in pretty good condition for driving, but the rest is equally as bad as Bamfield Road.

“At times the washboard is so bad that it extends from one side of the road to the other and you could be driving on a good stretch and all of a sudden hit that and essentially lose control of your vehicle,” added Davis.

On Monday Claire Trevena, Minister of Transportation and Infrastructure said, “My thoughts are with those affected by this accident. Transport Canada and RCMP Vancouver Island Traffic Services are investigating and it is important to allow that to happen.”

“I have heard concerns from MLA Fraser and the Huu-ay-aht First Nation about the road. Ministry officials have been looking into the issue to determine if safety improvements could be made.

The situation is complex as this is a private, industrial road, operated and maintained by private companies for active forestry operation.”

Mayor Davis says he’ll be raising the issue of his road to Tahsis again when he meets with Minister Trevena at Union of BC Municipality meetings next week. 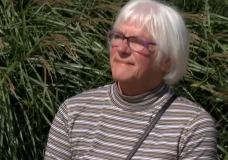 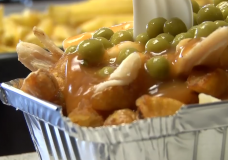 Esquimalt has foodies flocking to the area