Prosecutors approve criminal contempt charges against MPs May and Stewart

Federal Green Party Leader Elizabeth May and NDP MP Kennedy Stewart were arrested during a Kinder Morgan?s pipeline protest on March 23rd. They were both charged with civil contempt for violating a court order designed to keep protesters back from the Kinder Morgan work site.

At the time, May knew she could be arrested.

“Unfortunately when your government doesn’t listen and your government breaks its word sometimes you’re forced to stand in nonviolent civil disobedience as a respectable, legitimate form of protest,? said May. 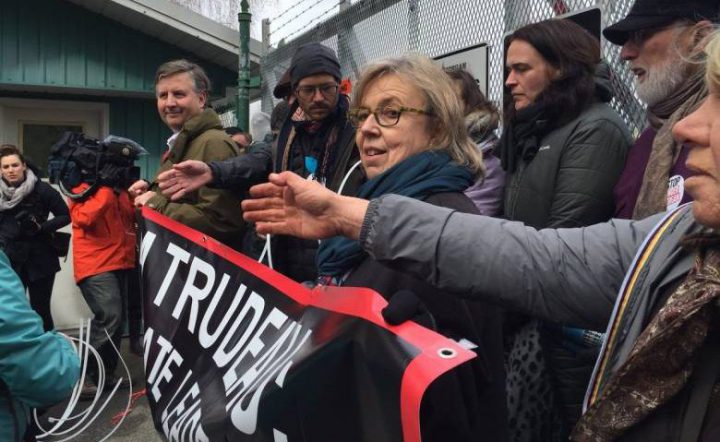 Federal Green Party Leader Elizabeth May, centre, lined up with other protesters against a gate at a Kinder Morgan Trans Mountain pipeline worksite in Burnaby March 23. Photo courtesy CBC.

On Monday, independent special prosecutors concluded that the charges against the two MP’s should be upgraded to criminal contempt.

“Miss May may have only interfered with construction for a few minutes, but the implications for the rule of law are much bigger than that,” said local criminal lawyer Michael Mullligan.

Earlier this morning, Stewart pleaded guilty to the charge and was fined $500.

?The important thing to know is that, and the judge said it, this is not a criminal charge,” said Stewart.

“It’s not under the criminal code, there will be no criminal record, it’s not an indictable offence.”

But Mulligan says Stewart and May could be missing a much larger point.

?The reason the court takes these seriously because if you don’t enforce court orders, you end up with an erosion of the rule of law,” said Mulligan.

We reached out to Elizabeth May for comment, her office said she wasn’t available for an interview, but that she would release a statement later today.

She’s expected to appear in Vancouver courts May 28. 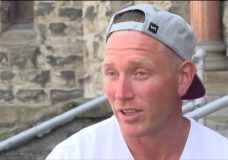 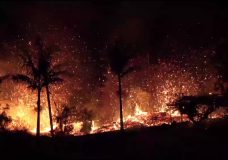