Prominent hotel for Nanaimo about to break ground

Posted: Jan. 1, 2020 5:50PM
CHEK
Watch A developer says there will be an official groundbreaking soon with construction getting underway on a new hotel this week in Nanaimo.

A much-anticipated construction project, a $23 million hotel in Nanaimo is finally getting underway.

The hotel will be built by the Vancouver Island Convention Centre in Nanaimo and it’s considered crucial for the convention centers’ success going forward.

The developer, Utah-based PEG Companies, has recently put in fencing, an excavator and site office as it moves ahead with a nine-storey Courtyard by Marriot hotel with 172 rooms.

“I and all of council are happy this is happening,” said Don Bonner, Nanaimo’s acting mayor.

“It’s been a long time coming but as you can see behind us there are according to their plans, that they gave to council December 16th, construction and clearing are going to start tomorrow.”

Nanaimo city councils over the years have long touted a hotel as a key to attracting more and larger events to the convention centre.

Since the conference centre opened in 2008 builders have come and gone but Nanaimo’s acting mayor says he’s confident this hotel will be a success.

“We’re basically doubling the size of our capacity of hotel rooms in this particular area. I think it’s going to be quite a bit of a game-changer for the conference centre. They’ll be able to attract much bigger conferences that tend to bring people here over longer periods of time,” said Bonner.

The project was first announced more than two years ago.

The head of the Greater Nanaimo Chamber of Commerce says the project will be an economic boost for the city.

“I think the economic activity in general that it will create downtown will be good in the interim,” said Kim Smythe, the Chamber’s President and CEO.

“It’s going to be a lot of construction worker’s going down there and working on a daily basis. There will be a lot of businesspeople around for the project as it unfolds and so that will help the businesses and restaurants downtown.”

Smythe says it also shows confidence for a US company to make such a large expenditure in the city.

“That kind of money had to be invested in the future of Nanaimo so somebody’s doing that and that’s great news for us now and bodes really well for the future of the conference centre as well.”

The developer has promised an official ground-breaking sometime in the new year and their plan is to open the hotel in 2021. 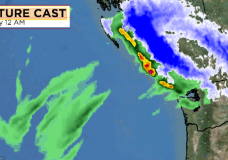 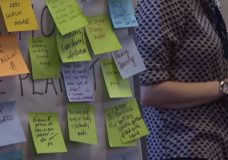