Pricey projections for resumption of Island rail service are being questioned

April 30, 2020 updated
CHEK
WatchA new report says the cost of intercity and commuter Island rail service could be $1.1 billion but proponents say it can be done for a lot less. Tess van Straaten reports.

Reaction has been fast and furious to a new report estimating the cost of getting Vancouver Island rail up and running again between Victoria and Courtenay.

“We don’t understand why they’ve gone to what I would call ‘the Mercedes model’ so I think there are differences between the perfect model and what’s in reality and what could make it affordable,” says Judith Sayers of the Island Corridor Foundation, which owns the rail corridor.

A new report done for the province by WSP Canada Group puts the cost at $1.1 billion for passenger rail between Victoria and Courtenay.

That includes upgrading the entire corridor and $595 million for new commuter rail service between Langford and Victoria.

But the Island Corridor Foundation, which owns the corridor, says it can be done for a fraction of the cost and is questioning the whopping 50 per cent contingency built into the estimates.

“They really padded the budgets so even a third of what they’re saying, we can do it on,” says Sayers. “We know we can do that and the number of jobs it would supply and the economic impact would be awesome.”

Esquimalt’s mayor agrees and says moving ahead with the project should be given serious consideration.

“Many of the things they have put costing to don’t need to be repaired today,” says Esquimalt Mayor Barb Desjardins. “Some of the things still have a 50-year lifespan so you can do some of it now, some of it in 10 years and more of it in later years. But you can get trains running for a fairly low cost.”

The Ministry of Transportation says phasing the work over the next decade to 2031 would see total costs increase to almost $1.5 billion.

“Those are big numbers with a lot of zeros,” says Stan Bartlett  of the Grumpy Taxpayer$ of Greater Victoria. “What we’re going through is the greatest economic downturn since the Great Depression so even the bare bones (estimate) is a big chunk of cash.”

But proponents say the economic benefits of increased connectivity on the Island — and a reliable alternative to the Malahat — are worth it. 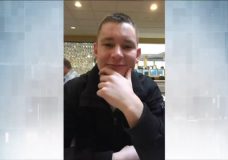 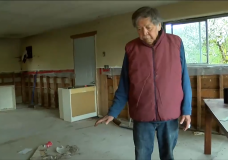