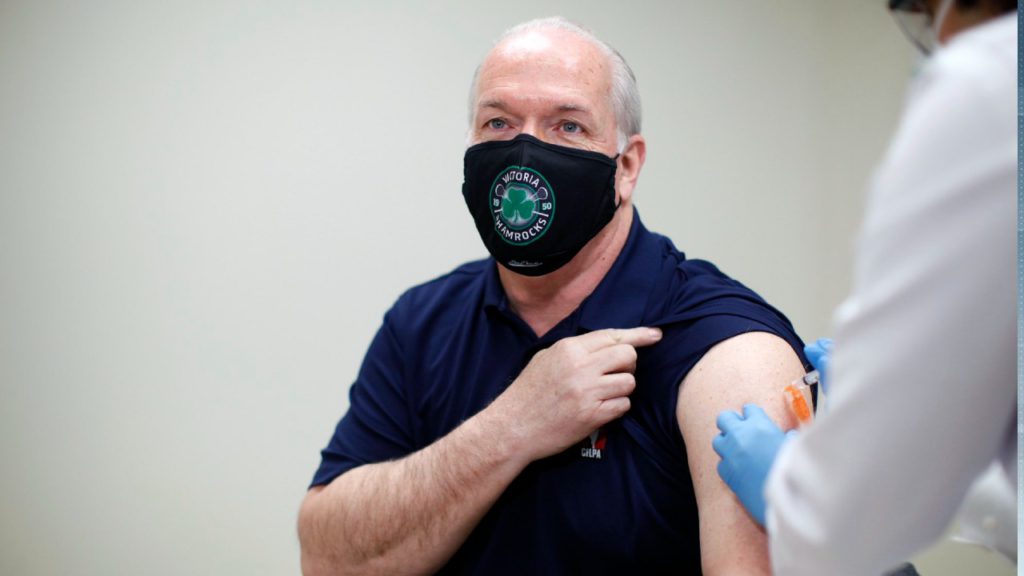 B.C. Premier John Horgan has received his first dose of the AstraZeneca vaccine on Friday.

The premier headed to a Vancouver Island Thrifty Foods pharmacy in order to get the shot, which is currently being offered to people born in 1966 and earlier (55+).

Following the shot, Horgan tweeted saying it was both easy and safe to go through the vaccination process and receive his first dose.

“It was easy, safe and I’m feeling good. I encourage all British Columbians to get one when it’s their turn,” Horgan said on social media.

There has been nationwide hesitation towards the AstraZeneca vaccine after doctors said that there have been instances of blood clotting in individuals who have received doses.

Following these reports of rare blood clotting events, Health Canada officials have gone public and said they still believe the product is safe, continuing to green light pharmacies in administering the shot.

Horgan echoed the sentiments of Health Canada, in AstraZeneca being safe, in his social media post.

Just got my AstraZeneca shot!

It was easy, safe and I'm feeling good. I encourage all British Columbians to get one when it's their turn.

The vaccines are safe and they're helping to save lives. The best vaccine is the first one offered to you. pic.twitter.com/4zltBbMoOn

“The vaccines are safe and they’re helping to save lives,” Horgan said. “The best vaccine is the first one offered to you.”

As of Thursday, health officials reported that, to date, 1,235,863 doses of the COVID-19 vaccines have been administered across the province.

Currently, people born in 1958 or earlier (63+), Indigenous people born in 2003 or earlier (18+), and people who are clinically extremely vulnerable, all who have registered online for the vaccination program, are being sent invites for bookings.

British Columbians who are born in 1976 or earlier (45+) are eligible to register for their vaccines by clicking here and signing up online. 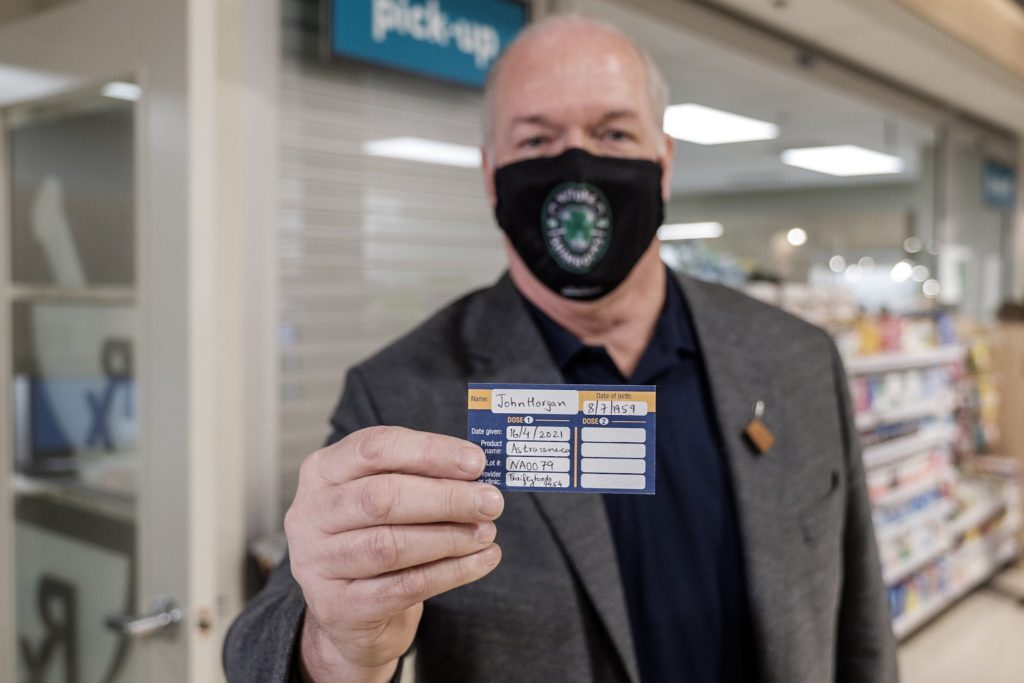 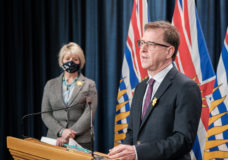