The Catalyst Mill in Powell River has been a part of the skyline for over a century providing well-paying jobs for locals and quality paper products to markets around the world.

A townsite built up around the mill, but now the future is very much in doubt after mill owner Paper Excellence announced an indefinite curtailment of production.

“Today the global marketplace in terms of demand for papers and the prices for those papers alongside the cost of manufacturing has left us a point where the facility is just hemorrhaging,” said Graham Kissack, Vice President, Environment, Health & Safety and Corporate Communications.

As per their collective agreement, 206 employees will work for 60 more days and then be laid off — at least temporarily.

“Most people I talked to yesterday and today are like they were punched in the gut. They are very down right now, they’re very disillusioned,” said UNIFOR Local 75 President Bill Spence.

While the company is careful not to call it a permanent closure, the mayor of this city of over 13,000 people, Dave Formosa, says he has been told differently.

“The president of Catalyst told me yesterday that we wouldn’t see paper coming off this site again. That’s what he told me,” Formosa said.

But Formosa is looking forward not back and says he’s been speaking with a company that’s interested in making clean hydrogen fuel at the site and employing hundreds of people.

He’s calling on the province and Paper Excellence to make it happen.

“We’re a clean energy facility. We have dams that create clean power to feed that mill, we have lots of water, we have a deep-sea port. That facility, that site is valuable,” he said.

The union says it has not been included in any discussions about future plans for the mill including hydrogen but says it’s all ears.

“We’ll make anything they want down there, we don’t care,” said Spence. If it provides jobs we’ll make whatever it takes. I’ve always said I’ll make widgets if that’s what keeps my people working.”

Spence is the oldest serving worker at the mill having put in 43 years and is about to retire, however, he says he’s worried about the younger people, many of whom have even recently moved to Powell River with families and have mortgages.

In a statement issued Wednesday, the company said, “Paper Excellence will continue to supply paper customers with production from its other paper mills in Crofton and Port Alberni. The company continues to believe Canada is a leader in the pulp and paper industry and remains committed to its long-term investments here.” 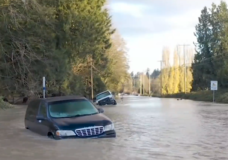 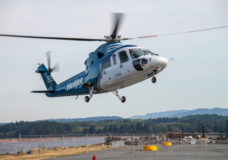