‘Our mail is being kept hostage’: Postmaster refusing to get vaccinated halts mail delivery on small B.C. island

People living on a small Gulf Island are caught in the middle of a dispute between Canada Post and a local postmaster who won’t comply with the federal COVID-19 vaccine mandate.

According to residents of Lasqueti Island, the postmaster locked up the island’s only Canada Post office Friday and isn’t allowing anyone to get their mail.

“Our mail is being kept hostage by our postmaster,” said resident Traci Thomson-McFeely. “She won’t let anybody in to get the mail. I’m waiting on mammogram results.”

A number of people arrived at the office Tuesday, knocking on the door to retrieve their mail inside, but nobody answered.

One of them was Graham Allan, who is waiting on medical supplies for his diabetes.

“Some of it is fairly critical,” he said.

The off-grid island, off the coast of Parksville, is a 40-60 minute boat ride to shore, so regular mail service is vital. But now, a week of mail has been missed and tempers are flaring.

“They’re making this statement on the backs of 400 of us, and all we are is caught in the middle,” said Steve Johnson. “The closest post office is 10 miles across the straight, and then a drive to Parksville from French Creek.”

Dave Olsen, who has become a well-known anti-vaxxer on Lasqueti Island, said he supports the postmaster, and she shouldn’t be obligated to receive a COVID-19 vaccine if she doesn’t want it.

“Canada Post is holding up the mail, not Caroline,” he said.

The mail dispute is just the latest clash between residents who want to protect themselves and their communities, and those like Olsen, said Thomson-McFeely.

“We had a vaccination clinic and we actually had to sneak people in the backdoor, like an abortion clinic, because he was out front protesting,” she said.

In a statement to CHEK News, Canada Post says it is taking action, going around the postmaster and delivering mail Thursday and Friday, then continuing with regular mail delivery three days a week.

While it’s a step closer in getting back to normal on Lasqueti, parcels like medical supplies will still have to be picked up in Parksville.

It’s one of the many things that has changed during the COVID-19 pandemic that residents wonder if they’ll ever get back. 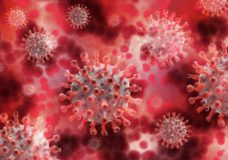 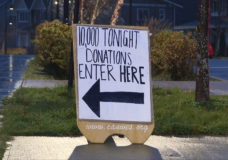