Posted: Dec. 9, 2020 6:16PM | Last Updated: Dec. 9, 2020 6:38PM
CHEK
WatchPort McNeill Medical Clinic announced on Facebook Tuesday that it would be closing its doors due to an ongoing dispute with Island Health. But after public pressure, they reopened. Dean Stoltz has more.

A Vancouver Island town’s only doctor’s clinic suddenly closed and then reopened amid a global pandemic.

Port McNeill Medical Clinic announced on Facebook Tuesday that it would be closing its doors due to an ongoing dispute with Island Health.

“The current situation with lack of support from Island Health has forced us to close services at the Port McNeill Medical Clinic until further notice,” reads a post put up on one of the town’s two doctors.

But after significant public pressure, the clinic reversed its decision late Tuesday.

Dr. Joy Mijares, one of two physicians left at the clinic after two others left earlier this year, said the clinic will stay open as long they’re able to keep it open and that the decision to close it at first wasn’t easy.

“This decision was hard to come to,” she said.

Mijares explained that she and the only other physician at the clinic now have to shoulder the burden of all overhead costs — including paying other staff at the clinic — while similar clinics in the Mount Waddington area have agreements with Island Health to pay those costs.

Mijares said they are also seeking a new model that would ultimately see Island Health take over the clinic.

“The end goal is to have a change of practice model from fee for service to an alternative payment plan,” she said. “But also another alternative model would be similar to Port Hardy, where the clinic is run by Island Health and the doctors are working there with a set overhead cost to pay each month.”

Mijares said the clinic has been negotiating with Island Health for the last five years but hasn’t gotten anywhere — making it harder for them to recruit new doctors to Port McNeill.

But others in the community like the owner of Harbourside PharmaChoice, which was inundated with calls Tuesday, say threatening to close the clinic was not a good move.

“We were uninformed about what was going on and the other side is we had staff informing patients of what the situation was so there was lots of anxiety yesterday,” said Shelley Dowey, who is also a town councillor.

Island Health said in a statement that it recognizes the situation at the clinic has been challenging for the remaining physicians.

” We recognize that with the recent departure of two physicians from the Port McNeill Medical Clinic (PMMC), this has been a challenging situation for the remaining physicians,” Island Health said. “However, family physicians are private, independent business people who choose where they want to locate their medical practice.”

The health authority also said it has been working “collaboratively with the Doctors of BC and the PMMC” to find solutions that would result in a sustainable model for the clinic and its physicians.

“We are committed to continuing to work with the PMMC into the future, with the continued shared goal of developing a sustainable model to support the clinic and the communities served,” Island Health said. 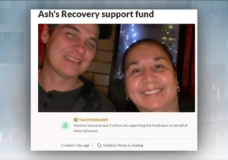 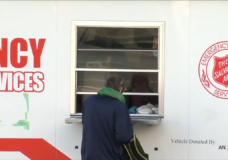 Demand for food bank, Salvation Army remains high in Nanaimo as Give and Go event approaches