Millions of people around the world can’t stop clicking on the latest song from Port Alberni’s Lauren Spencer-Smith.

Her new single went live Wednesday and within a day it hit number one in the U.S. and number two globally.

There was a hint this could be a possibility. When Vancouver Island’s Spencer-Smith released this short snippet from her yet-to-be-released single on TikTok in November it blew up.

Not only did people watch it, but they also made their own videos with it and played their own versions of it.

“That song specifically has like over 20 million views, a hundred-thousand people have used it. It just became a trend. I’ve never had something like that blow up on the internet before,” said Spencer-Smith.

Spencer-Smith officially released the full single called “Fingers Crossed” Wednesday. Within 24 hours people streamed it on Spotify more than a million times and it reached number on the iTunes chart for the U.S., number two on the iTunes chart worldwide. It’s since taken the top spot worldwide above songs by Bieber, Drake and Elton John.

“The next morning I had a text from my manager and he said call me as soon as you wake up. I thought ‘oh my goodness, is there a complication, like what’s wrong with it? Like something bad has happened.’ He was like ‘you’re number two on iTunes globally. You are right beside Adele,’ and me and my friend were through the moon. Her mom was crying. I was crying. I was like ‘oh my goodness,'” recounted Spencer-Smith.

Spencer-Smith co-wrote the song about a real relationship and believes that authenticity is what’s connected with people.

Spencer-Smith has met with viral success before. A video of her singing while travelling down the island captured millions of views and landed her on American talk shows and American Idol.

She’s now working on releasing a short album this spring.

“I just got my U.S. visa approved so I’m moving to the states in like two months and once I have the visa in my hands I can tour and travel and do shows and we’re definitely hoping to do all that starting in the spring,” said Spencer-Smith.

She says she’s so grateful for all the people on Vancouver Island who have supported her and her music – a journey that shows unlimited promise up the charts. 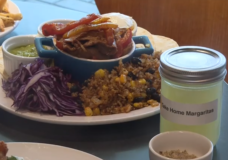 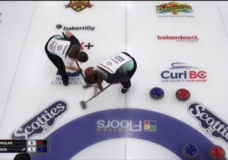