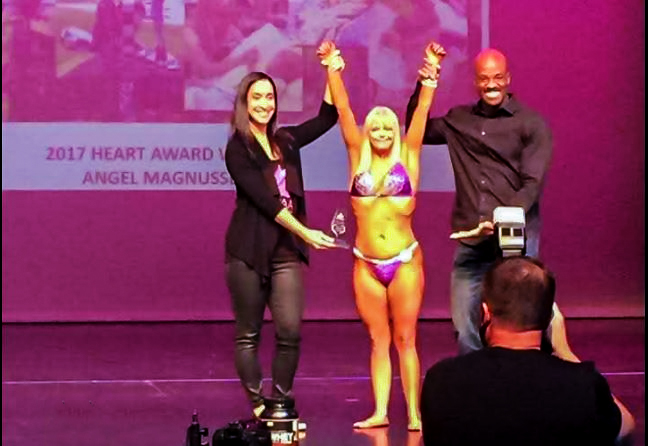 She’s raised hundreds of thousands of dollars for charities and was named Canada’s nicest person by Roots Canada. Now Angel Magnussen, who has down syndrome, autism, and an anxiety disorder, is inspiring others by doing something for herself. Watch this remarkable story of courage and transformation by reporter April Lawrence.

Angel Magnussen has always been a fighter and for the past year and a half, the 21-year-old has been in the gym every single day, working tirelessly to fulfil her dream of competing in a bodybuilding competition.

Angel has spent much of her young life giving to others, creating her own charity Hugginz by Angel, where she makes blankets for sick children around the world.

She has raised hundreds of thousands of dollars for children’s charities and was even crowned Canada’s nicest person in a Roots Canada competition earlier this year.

But Angel, who has Down Syndrome, autism, and an anxiety disorder, is now doing something for herself.

“She’s lost 45 pounds and she’s just incredibly, this is the healthiest she’s ever been,” said Angel’s mother Cheryl Magnussen.

Angel’s doctors and specialists say they have never seen such a dramatic transformation ? Angel hasn’t been hospitalized once since she started her fitness and eating program.

And last weekend was her chance to shine.

Angel took the stage in her bikini, hitting all her poses in front of a packed crowd at the NPAA competition in Vancouver.

“She’s worked so hard, so incredibly incredibly hard for this goal, to be able to step on that stage and be like every other athlete out there,” said Magnussen.

But in a life filled with challenges, this experience was no exception.

Angel, who struggles with balance, donned high heels like her fellow competitors and although she had practiced walking in them four hours a day, she faltered.

For many, that would be the end, but not Angel.

With the help of a staff member and the support of the entire crowd she walked right back to centre stage, put on her best smile, and proudly finished off exactly what she went there to do.

“If that were me I would have maybe cried, ran off stage, would have been embarrassed, and she just got right back, and smiled, and finished her posing,” said her trainer Nomi Samson.

Her fellow competitors, so inspired they broke their posed positions to hold Angel’s hands.

She is already back at the gym working to build even more muscle so she can compete in an even bigger competition next year. 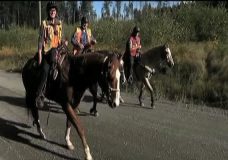 Search for missing mushroom picker now in its fourth day 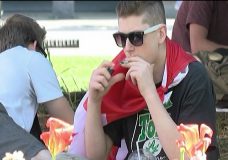