If you live in Port Alberni today you’re trying to beat the heat with temperature records for the second day in a row.

At 38.9 C, the city tied the record for hottest June day ever recorded on Saturday and then quickly broke that on Sunday, surpassing 40 C with a humidex of over 45 C.

The city also broke its all-time hottest day on record for the second day in a row, with a temperature of 38.9 C on Saturday and 41.2 C on Sunday.

On Sunday morning, the temperature was already in the low thirties at the Roger Park waterpark and it was filling up with people trying to cool off.

“The splash park is great and then hopefully staying cool in my sister’s place. I think she’s got the AC up and running,” said Sean Hillman, who’s visiting family in Port Alberni.

However, despite the cooling waterpark, some say the heat is taking a toll on their sleep and their pets.

Weather watcher Chris Alemany says this heatwave is like none other.

“A normal high these days would be 30 or something like that but now we’re pushing 35 and getting into 40 and 42 which would be hotter than anything we’ve ever seen,” said Chris Alemany, of Alberniweather.

“The temperatures we broke yesterday were from 2006 and we’ve had these very hot periods more often of late,” he said.

Monday could be even hotter and July and August are also expected to be warmer than normal.

This weekend BC Hydro says it’s also recorded its highest electricity consumption in a single hour during the summer. 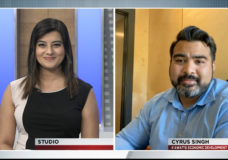 Road to Recovery: Developing and creating opportunity within the Gwa'sala-'Nakwaxda'xw Nations' economy 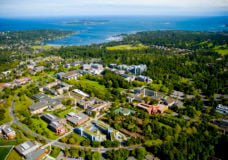 UVic campus to close Monday due to heat wave