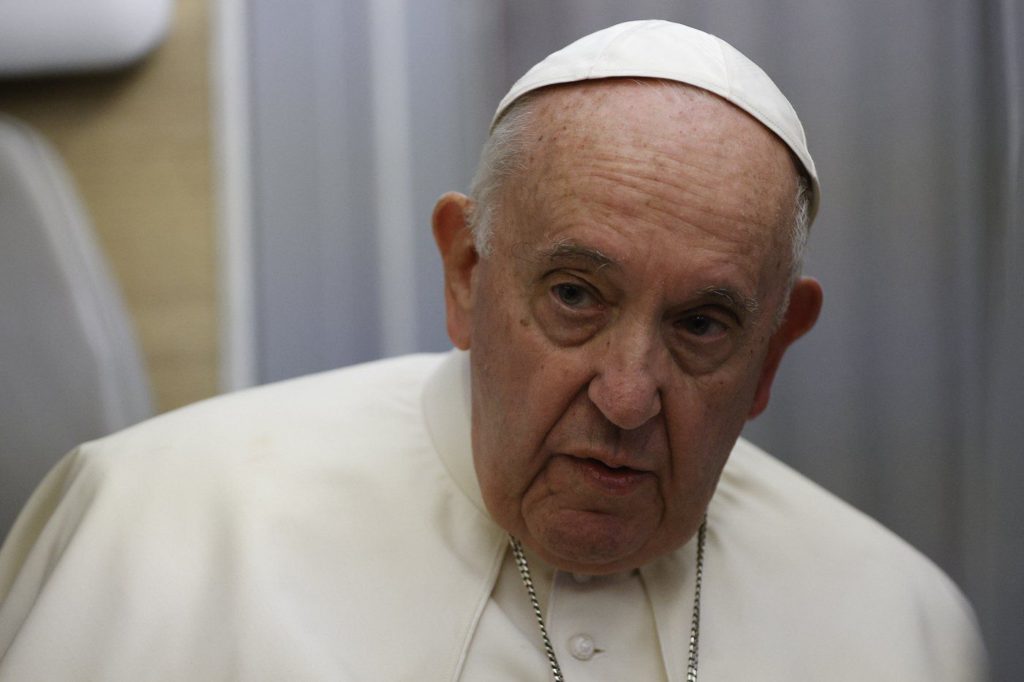 CHEK
Pope Francis speaks to journalists aboard the papal flight back from Canada Saturday, July 30, 2022, where he paid a six-day pastoral visit. Pope Francis wrapped up his Canadian pilgrimage by meeting with Indigenous delegations and visiting Inuit territory in northern Nunavut. In one of his addresses, he assailed the Catholic missionaries who

The pontiff made the comment Friday to reporters on his flight from Iqaluit back to Rome following his six-day tour of Canada.

Francis apologized multiple times throughout the week for the role the Roman Catholic Church played in the institutions. He begged for forgiveness for abuses committed by some members of the church as well as for cultural destruction and forced assimilation.

Some Indigenous people said they were disappointed that during his visit the Pope did not name the crimes and abuses that students and survivors faced. They also criticized him for not using the term genocide.

When asked if he would use the word genocide and accept that members of the church participated in genocide, Francis said yes.

The Pope said he didn’t think to use the word genocide during his trip, calling it a technical term.

“I asked for forgiveness for what has been done, which was genocide, and I did condemn this,” he said in Spanish through a translator.

Francis said instead of using the word genocide he described the attempts at destroying Indigenous Peoples through assimilation and colonization.

“To take away children, to change the culture, their mindset, their traditions — to change a race, an entire culture … yes I (do) use the word genocide.”

The Truth and Reconciliation Commission referred to residential schools as a form of cultural genocide when it released its final report in 2015. But since then a number of Indigenous groups have amended this to say it was genocide.

Leah Gazan, an Manitoba NDP member of Parliament, tabled a motion in the House of Commons last year calling on the federal government to recognize what happened at residential schools as a genocide, but it did not gain unanimous consent.

The National Inquiry into Missing and Murdered Indigenous Women and Girls concluded in its final report that violence against women and girls is a form of genocide. The effects of residential schools were the subject of many testimonies from families and survivors.

Neglect and physical and sexual abuse were rampant in the schools, and the Catholic Church ran 60 per cent of the institutions.

Throughout his Canadian visit, Francis expressed sorrow, indignation and shame.

“In the face of this deplorable evil, the church kneels before God and implores his forgiveness for the evil committed by so many Christians against the Indigenous Peoples,” he said Monday to a group of residential school survivors and their families gathered in Maskwacis, Alta.

Throughout his stops in Alberta, Quebec and Nunavut, the Pope was met with messages urging him to rescind the Doctrine of Discovery, papal bulls or official declarations that were developed to justify the colonization of the Americas. The doctrine was connected to thinking that lands being colonized were empty, when in fact they were home to Indigenous Peoples.

Some Indigenous academics say the doctrine underlies all the policies that came after it.

Indigenous leaders have been calling for decades for it to be rescinded and the messaging ramped up before and during the Pope’s visit.

Many said they were disappointed it was not part of the Pope’s apologies.

He was asked on the plane Friday if he thought it was a missed opportunity to provide a concrete action toward reconciliation.

“Colonization is bad. It’s unfair and even today it’s used. Perhaps with silk and gloves, but it is used all the same,” he said.

Vatican officials have said a statement on the matter is to come.

The Canadian Conference of Catholic Bishops, who helped organize the papal trip, said in a statement that the bishops plan to work with the Vatican to have it addressed. 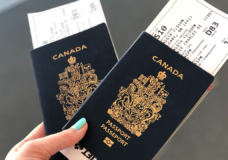 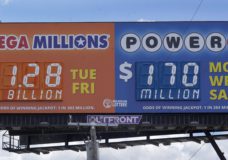