There were some scary moments for a woman walking her dog in Colwood on Thursday night after she reported being stalked by a cougar.

The woman was on a path on the grounds of Royal Roads University near the Colwood Fire Hall on Wishart Road when she spotted the cougar around 8 p.m.

West Shore RCMP officers responded and headed onto the pathways off of Wishart trying to locate the woman and her dog.

They found the pair and helped lead them back out to the street.

Officers also spotted the cougar and later could be seen with weapons drawn.

Police warned other dog walkers to stay out of the area.

“He told me not to go in there because there was an aggressive cougar around,” said one woman.

In the end, the big cat got away.

People in the area say there have a been a few cougar warnings in recent months.

The Conservation Officer Service has been notified. 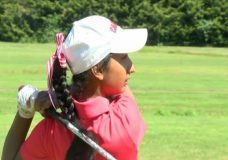 North Saanich teen off to Pinehurst for golf World Championship 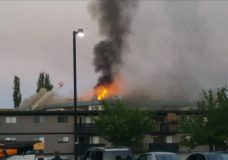