Police looking for cougar after dead deer found in Esquimalt 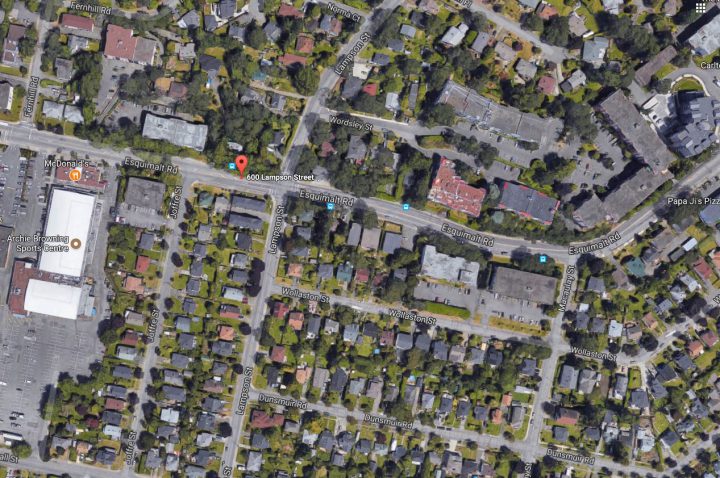 The area of 600 Lampson Street on Google Maps.

Victoria police are asking residents watch out for a cougar after a dead deer was found in an Esquimalt backyard Friday afternoon.

Bowen Osoko, spokesman for the Victoria Police Department, said residents found the body of a deer in their yard after they arrived home. Police were notified about the dead animal around 4:30 p.m. Osoko said the deer was most likely killed by a cougar.

“The deer was quite clearly killed by a large animal,” Osoko said.

The cougar has not been seen but Osoko said police are asking Esquimalt residents to watch their children and pets. The B.C. Conservation Officer Service has been notified and VicPD are patrolling the area. They will continue to patrol until the cougar is found or until it seems the animal has left the area.

ALERT | Evidence of a cougar spotted 600-block of Lampson in #Esquimalt. Fresh deer kill in a backyard. Cougar not actually seen.

Anyone who sees the cougar is asked to call 911 immediately.

This is not the first time a cougar has been in Esquimalt. In May, VicPD officers shot and killed a cougar near Rock Heights Middle School.

“It is close to the area where we had to shoot a cougar a few months ago,” Osoko said. 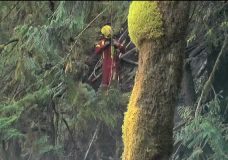 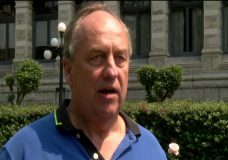