June 29, 2020 updated
CHEK
WatchA large crowd gathered in Nanaimo Sunday to breathe life into the cold case of missing Lisa Marie Young. The 21-year-old vanished while on a night out with friends in Nanaimo 18 years ago this weekend and as our Skye Ryan reports those keeping her memory alive feel strongly that her mystery can be solved.

A large crowd of people marched together from the Nanaimo RCMP detachment Sunday, to warm up the cold case of Lisa Marie Young on the grim anniversary of when it all started.

“Everything we’re doing is trying to get some brave people in our community to come forward,” said Nanaimo MLA Sheila Malcolmson. “Let the RCMP know what they know.

On Sunday, Young’s family, friends, and those who’ve followed the case, marched through the streets of downtown Nanaimo; focused on sending a message that they know someone out there knows what happened to her.

“There’s killers amongst us still … who need to be brought to justice and who need to be accountable for what’s happened,” said Kerry Chang, father of murdered Nanaimo teen Makayla Chang.

Young’s story has garnered new attention since a podcast, “Where is Lisa?” was released by Laura Palmer.

“I’m up around 50,000 downloads for this podcast now,” said Palmer, adding. “It tells me that this is a powerful story, that people still care about Lisa Marie Young and that people want justice for her and for her family.”

Palmer believes the Young case is solvable, even after all these years.

“This case is solvable,” said Palmer. “There are people in the community that have the answers and that 18 years on, its time.”

Helen Joe attended the march because she knows what Lisa Marie’s family is going through. Her sister Catherine Joe was found murdered in Duncan in 1977, and the case remains unsolved.

“It’s really heartbreaking,” said the Duncan woman. “It’s a big nightmare you know, every time the phone rings,” she said.

Kerry Chang’s daughter Makayla was found murdered 3 years ago, and her case remains unsolved as well. Her dad, Makayla’s murder will be Palmer’s next podcast.

“We gotta keep the awareness out there,” said Chang. 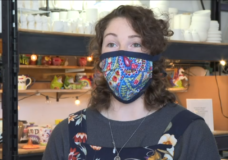 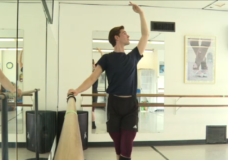