A total of 13 orcas dazzled onlookers both in the water and on the land at around 8 p.m. or sunset.

“Apparently the T018s were going west past Race Rocks, then they encountered the big group and they all turned around and proceeded east past Clover Point.”

Many excited onlookers posted photos and videos to social media showing the pod.

While transient orcas aren’t seen every day in Victoria’s harbour, it’s not unusual to see the orcas hunting for seals, sea lions and porpoises closer to shore. 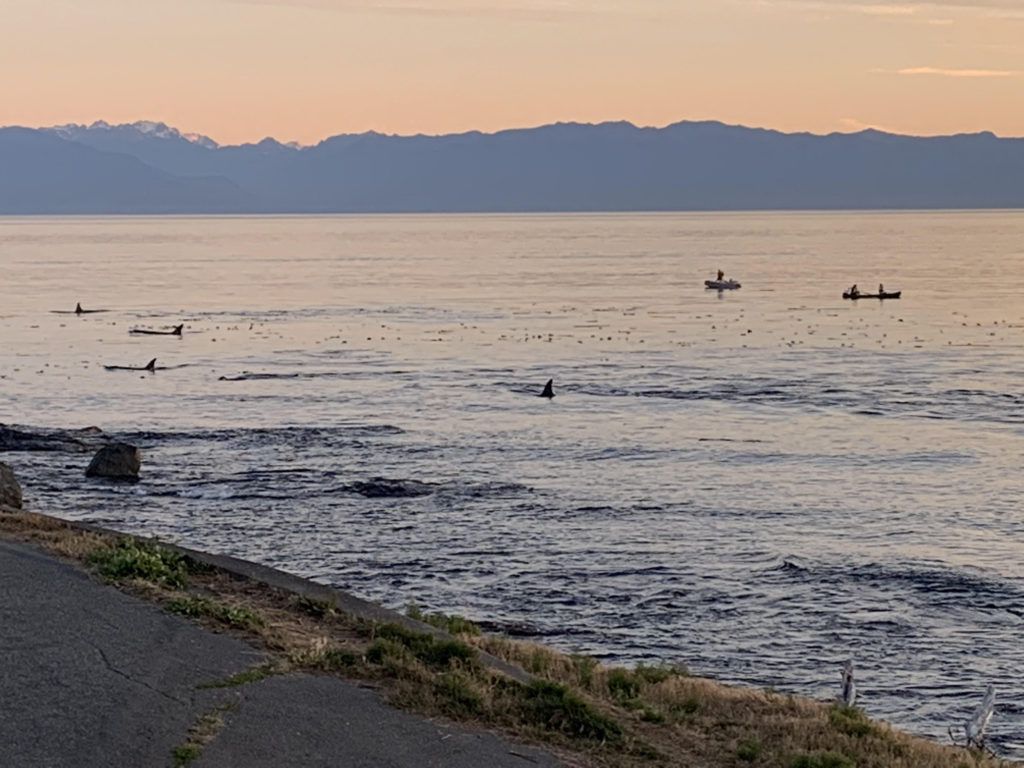 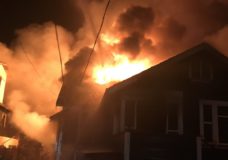 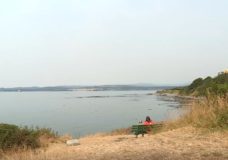 Thick wildfire smoke blankets most of Vancouver Island amid heatwave