Pivoting in the pandemic: Local musicians live stream to fill the silence

In a time where everyone is living in solitude, musicians are blessing our ears online.

Musicians across the world are sharing their talents on the internet, including the Toronto Orchestra, John Legend and local musicians like Victoria’s Kathryn Calder.

“I really just wanted to do something that was as close to a real concert as possible,” said Calder, a solo artist as well as a longtime band member of the rock band The New Pornographers, who offered fans a live stream on YouTube Friday night.

“I think the live streaming is kind of a perfect example of that,” added Calder.

Musicians from all over the world are live streaming concerts from their homes or empty venues, including one of Canada’s oldest jazz clubs, Hermann’s, which is located in Victoria.

“It been a saga watching the fallout to the whole community,” said Nichola Walkden, executive director of the Arts of View Society, which funds Hermann’s Jazz Club.

And as the industry scrambles to figure out what to do next music will play on, online.

“I think we’re all just trying to stay connected as much as possible,” said Calder, “I think just overall music can be kind of soothing in a time like this.”

It is a time when music can speak louder than the pandemic.

Many musicians are making sure social distancing does not remain silent. 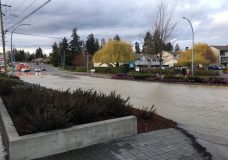 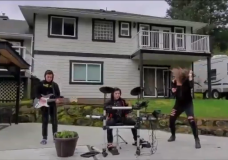