Posted: May 15, 2022 5:51PM
CHEK
WatchDrug addicts in Nanaimo are taking matters into their own hands as they see friends die in record numbers to the overdose crisis. Skye Ryan has more.

On a rainy Sunday in Nanaimo Les Winterbourn found himself trading cigarette butts and bottles as currency.

It’s a long fall from the $100,000 per year salary former Alberta oil rig worker once collected.

“I was one of those millions prescribed Oxycontin by their doctors,” said Winterburn, who said he originally moved to Alberta from Eastern Canada.

After becoming injured and addicted to painkillers the now homeless Nanaimo man said it was a rapid descent into illicit drugs and losing everything.

“You’re addicted. So I turned to Fentanyl,” said Winterburn.

Now he’s one of hundreds being served meals every night by Stone Soup, where Doug Hiltz says he’s seen the number of homeless and addicted on the streets of the downtown double in recent months.

“A lot of new faces. Going from 100 meals downtown to almost 200 meals,” said Hiltz, who co-founded Stone Soup with his wife Tanya Hiltz.

“And there’s no housing and what is anybody doing to try to help,” adds Tanya.

It comes as toxic drugs continue to cause record overdoses in B.C. — a total of 165 deaths were recorded in March alone. That has Nanaimo drug users are taking on protecting each other and not waiting for officials to approve or fund it.

“People had nowhere safe to go where their peers were watching over them,” said Doug.

Called NANDU or Nanaimo & Area Network of Drug Users, the group opened a supervised consumption site on a Nicol Street lot about a month ago. There they offer clean supplies, supervision, and a sign-in sheet to keep track of people who have few if any contacts with family and friends.

“It’s definitely important because a lot of us don’t have any of our family,” said Arian Ineson, a volunteer and supervisor at NANDU.

25-year-old Brooke, who was at the site Sunday, told CHEK News that using there could save her from being raped.

“A lot of bad things ended up happening. I’ve been raped a lot, a lot of these girls have,” said the young Nanaimo woman who told CHEK News she had been living on the streets for two years.

“We’re filling up over one sign-in sheet every day, some days it’s been like three sheets,” said Ineson.

Yet they are worried that Nanaimo bylaws will close them down.

“Nanaimo bylaws definitely want us to take down our tent,” said Ineson.

No one from Nanaimo bylaws was able to be reached for comment Sunday.

Drug users like Winterburn insist the threat of people dying without the site is more serious than any bylaws infraction or lack of permit and hope the tragedies averted will be enough to keep it open. 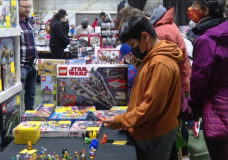 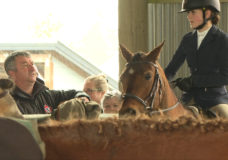