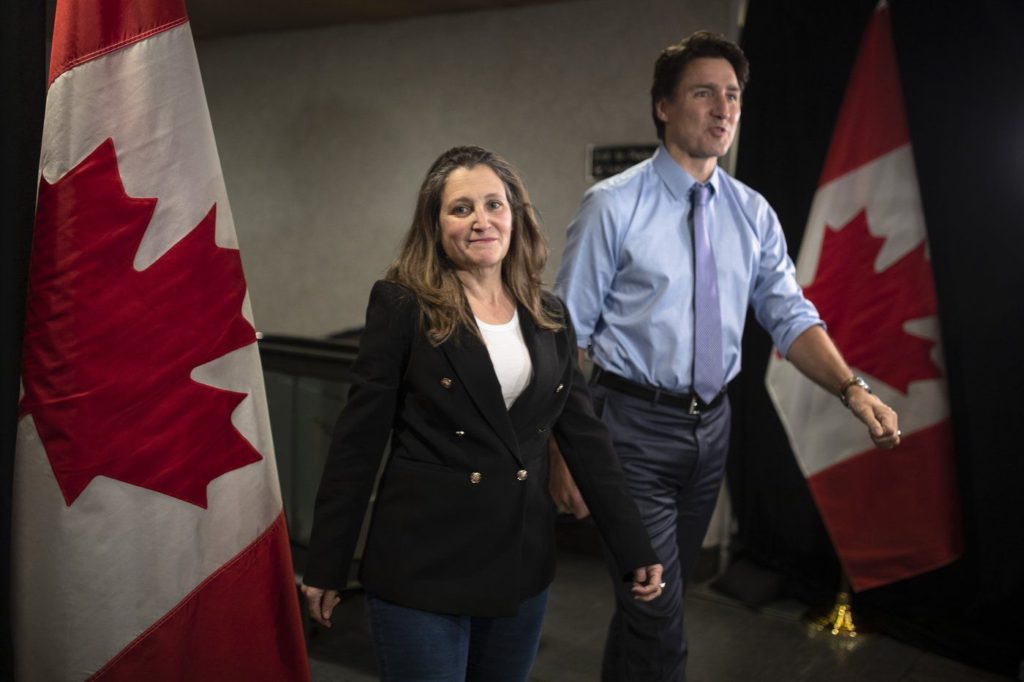 THE CANADIAN PRESS/Nick Iwanyshyn
Deputy Prime Minister and Finance Minister Chrystia Freeland, along with Prime Minister Justin Trudeau, arrive at the Hamilton Convention Centre, in Hamilton, Ont., ahead of the Liberal Cabinet retreat, on Monday, January 23, 2023.

The Liberal cabinet will head into the second of a three-day retreat in Hamilton today with a lengthy to-do list, including tackling inflation and making the country more competitive.

“Lots of work to do,” Trudeau said as he arrived at a meeting Monday with Deputy Prime Minister Chrystia Freeland.

Later today, however, they intend to show proof of one thing mostly ticked off the list: passports.

Families Minister Karina Gould is set to update the situation in passport offices, which were snowed under by passport renewal applications as COVID-19 restrictions eased last year.

The months-long waiting periods for passports led critics to accuse the Liberals of being unable to deliver even basic services to Canadians.

The Liberals are trailing the Conservatives in most polls of late and the choice of Hamilton for the retreat is electorally strategic as it is in one of the most competitive regions in the country, and one the Liberals must win big in if they want to stay in power.

The cabinet was also given a sharp reminder of the loud opposition they face among a group known as the “freedom convoy.”

As Trudeau arrived at his hotel Monday a small group of convoy demonstrators were set up across the street but they left soon after he was inside. A larger group returned Monday night, blocking most of the street out front and setting off fireworks, including some aimed at the building.

Most had disbanded by 11 p.m. but at least one protester spent most of the night honking his horn off and on, reminiscent of the air horns from the big rigs that blocked much of downtown Ottawa for three weeks almost a year ago now.

This coming weekend will mark the one-year anniversary of the convoy’s arrival in Ottawa. The weeks-long blockade and accompanying blockades at several border crossings prompted Prime Minister Justin Trudeau to invoke the Emergencies Act for the first time since it replaced the War Measures Act in 1988.

Invoking the act requires a public inquiry to review the decision and the report from that is due in February.

The cabinet meeting will continue today with the Liberals intent on showing they have fixed a problem that plagued both their government and Canadians desperate to travel again as pandemic restrictions eased.

This report by The Canadian Press was first published Jan. 24, 2023. 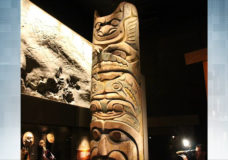 RBCM to return totem pole taken from Nuxalk community in 1912 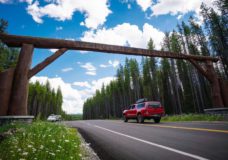