the RBC Training Ground program seeks to find raw athletes across the country and convert them into future Olympians.

This year, Victoria is home to one of the program’s top prospects.

The RBC Training Ground program aims to find young athletes across the country and give them the best opportunity to become Olympians.

“It’s such an amazing opportunity for these athletes, personally, it’s been so exciting to see the next generation of athletes that are, hopefully, going to be our next Olympians, and to see what they can excel at and see how it relates to all these different sports.”

The program has held 30 events across the country, and for Victoria swimmer and 3-time Olympian Ryan Cochrane, the ability to be a part of the camp in Victoria is an honor.

“It’s exciting to be a part of the one in Victoria, because I’ve trained here for 20 years, and we have such a history of excellence in sport that I think that it just makes sense for us to have a version of this here in Victoria.”

One of the program’s brightest young athletes is Jonathan Vallee – a 17 year old Belmont High School student who doesn’t play any organized sports. Rather, he practices parkour, which in simple terms is much like military obstacle course training.

“It all started with my teacher at Belmont telling us that RBC was coming to Belmont for tryouts, and I ended up getting their attention and they invited me to UVic, and I guess I did good!”

The RBC Training Ground program is hoping to take Jonathan’s raw physical talent and transfer that into an Olympic sport. What that sport might be, is still up in the air.

“I can probably be able to do multiple sports, but I’m looking for rowing or bobsledding right now.”

The parkour phenom hopes that one day he can dawn the red and white and represent Canada on the world stage.

“It would be a great feeling to be able to represent Canada.”

Jonathan now heads to Richmond to measure his abilities against other identified athletes from across the country. And who knows, this freestyle runner could one day be atop the Olympic podium. 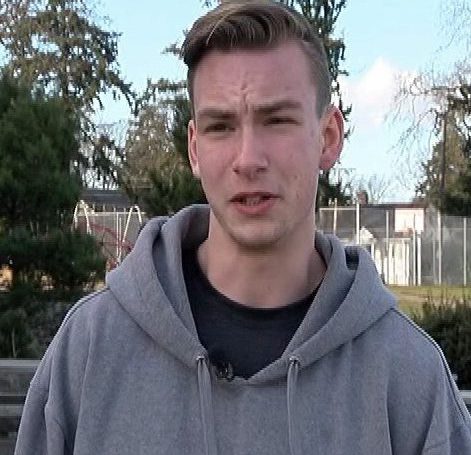 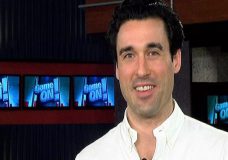 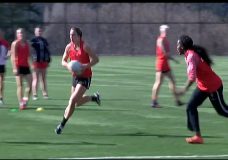