Parkade at BC Ferries terminal not accessible after minor rock slide, all routes sailing Monday after wind storm

The parkade located at BC Ferries’ Horseshoe Bay terminal will not be accessible until further notice after a minor rock slide spilled into the structure late Sunday afternoon.

BC Ferries is practicing an abundance of caution and closing the parkade in the interim for safety reasons. BC Ferries tells CHEK News that the minor rock slide didn’t cause any injuries.

Customers with vehicles in the parkade are required to check in with the on-site BC Ferries representative to access their vehicle, notes the ferry company.

Despite the parkade being closed, the terminal remains open and customer parking is available in the parking lot adjacent to the ticketing and administration building.

“We appreciate your patience and apologize for any inconvenience experienced as a result of the parkade closure. Further updates will be provided when available,” reads a statement from BC Ferries.

The ferry company also says that all routes are open on Monday after multiple sailings were cancelled on Sunday due to high winds.

Environment Canada had posted a special weather statement suggesting that winds could reach speeds of 90 km/hr across the region.

Due to adverse weather on the eastern side of Vancouver Island, “dozens of sailings” were cancelled, including several on major routes between Vancouver Island and the Lower Mainland, says BC Ferries.

The ferry company adds that lots of people have been travelling this morning and passengers are advised to check the latest sailing information on the BC Ferries website. 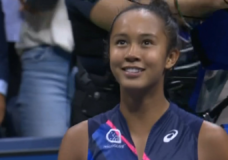 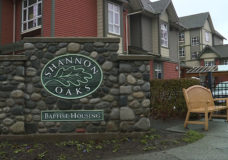