Lisa Lapointe, chief coroner with the BC Coroners Service, says that there have been 719 sudden and unexpected deaths reported over the past seven days, dating back to Friday, June 25.

During that time, British Columbia experienced a record-breaking heat wave with some temperatures climbing to over 45 degrees Celsius in certain areas.

Lapointe says that the heat likely played a factor in the spike in deaths.

“We are releasing this information as it is believed likely the extreme weather B.C. has experienced in the past week is a significant contributing factor to the increased number of deaths,” Lapointe said on Friday.

According to Lapointe, the 719 deaths are three times more than what would normally occur in the province during the same period. Coroners say that the number may increase as well as additional deaths are reported into the province’s system.

Although the death toll has remained high, Lapointe suggests that the numbers are starting to trend back down.

“Some parts of the province are continuing to experience unusually high temperatures, and it remains important that we all take extra care to avoid the dangerous effects of severe heat. Please look out for family, friends and neighbours, particularly those who live alone,” reads a statement from Lapointe.

“Whenever possible, people are encouraged to visit cooler environments, such as cooling centres, malls, libraries and other air-conditioned community spaces for essential respite from the effects of severe heat. Many of the deaths experienced over the past week were among older individuals living alone in private residences with minimal ventilation.” 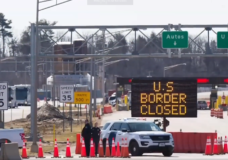 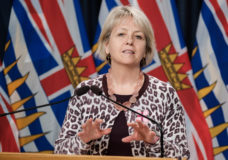