It’s a dream realized for the Sannichton-based Tsawout First Nation with the opening of a new Big House.

On Thursday, Councillor John Etzel said the singing and dancing taking place inside the community’s Big House is happening for the first time in more than a decade.

“A lot of people have been waiting for this for 13 years. Now it’s a reality,” Etzel told CHEK News. “Our home is alive again. Our community is alive.”

Fire destroyed the previous Big House in 2009 and although the cause was never determined, squatters had taken up residence not long before.

But even with the site still smoking, Chief Nick Claxton vowed this was not the end, saying, “We definitely will rebuild it. Somehow, someway.”

That promise coming to life with the first public ceremony showcases the heart of this community, according to current Chief Harvey Underwood.

“It’s an overwhelming feeling today because you know, it brought sadness when the Big House burnt down in 2009. And today, how many years, it brought happiness to the people,” said Underwood.

Without a Big House, the Tsawout had no place to practice their culture and language or to pass on their teachings.

But some of the youth who worked on the project, including Shyquitin Charlie, were able to see for themselves what they created.

“It was really amazing to see,” said Charlie. “Working in the snow and everything, and it’s just awesome to see people in there.”

The Big House will be the gathering spot not only for the Tsawout. Eric Pelkey, Tsawout Hereditary Chief, says they will host gatherings for First Nations from all over the region.

“Now we do have a place where we can gather and help ourselves heal,” said Pelkey. “And this is where it comes, and this is where our elders all gather and lay down teachings about the culture and history of our people for each other.”

Becky Wilson said it was amazing to see the fires lit in the Big House for the first time in many years.

“It just brings a heart-warming feeling to have so many people come, and be a part of the opening, and making history in Tsawout,” added Wilson.

The cost of the project is an estimated $1.7 million, but the ultimate value of the Big House is priceless. 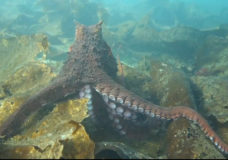 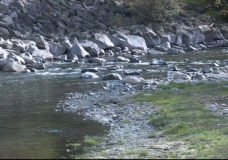