At a media conference in Ottawa, Morneau said if Kinder Morgan abandons its plans to twin the pipeline, there are plenty of other investors willing to step up to the plate.  “We’re, for example, prepared to indemnify the project against any financial loss that derives from Premier Horgan’s attempts to delay or obstruct the project,” Bill Morneau said.

Kinder Morgan halted all non-essential spending on the $7.4 billion project because of opposition from the B.C. government and some First Nations and environmental groups.

The company’s CEO Steve Kean issued a statement where he wrote that, “while he appreciated Morneau’s acknowledgement of the uncertainly created by the B.C. government’s stated intentions to do whatever it takes to stop the project, but the company is not yet in alignment, and will not negotiate in public.”

Kean reaffirmed construction won’t continue until the company is assured it can proceed by the end of the month.

In a reference case filed to the B.C. appeal’s court, the provincial NDP government is asking for clarification on what power it has to control diluted bitumen flowing within the province.

Morneau has been in talks with Kinder Morgan to reach a settlement by the end of the month as investors seek certainty the pipeline will be built, but an amount has not been announced for how much money from Ottawa is on the table.

“This pipeline that Kinder Morgan currently has, the Trans Mountain pipeline, has been there since 1953, so we see that the twinning of that pipeline is one of the most effective ways to get our resources to market responsibly,” Morneau said.

The project was approved by the federal government in 2016 and from the B.C. Liberals who were in power at the time after its conditions were met.

But Horgan’s minority government that came into power last year comes with the help of three Green Party seats on the condition of opposition to the pipeline expansion.

Pipeline supporters rallied outside the Kinder Morgan meeting in Calgary with signs and slogans and some picketers said they weren’t impressed with Morneau’s announcement, saying it doesn’t do enough to make sure the pipeline gets approval.

Picket organizer James Robson of the Canada Action Coalition says the federal government shouldn’t have to spend money to make sure the project moves forward.

Greenpeace Canada went to Twitter saying the government is “putting taxpayers on the hook for the big losses this project is likely to run up,” and suggested Wednesday’s announcement is a sign the project is doomed.

BREAKING: Federal gment says it's prepared to "indemnify" the #KinderMorgan pipeline— putting taxpayers on the hook for the big losses this project is likely to run up.
Tell @JustinTrudeau not to put your money behind this destructive pipeline: https://t.co/HLjGCESy08 #StopKM pic.twitter.com/amtcsX2ZeP

With files from the Canadian Press and CBC. 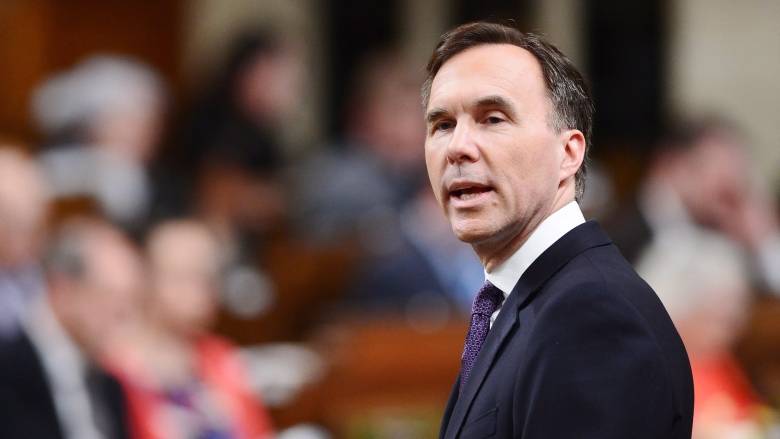 Finance Minister Bill Morneau places the blame for the delay of the Trans Mountain expansion directly on the shoulders of BC Premier John Horgan and says the federal government is willing to provide indemnity to ensure the project goes ahead. Photo courtesy CBC. 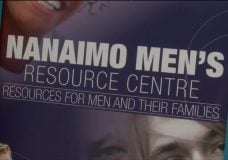 Future of Nanaimo Men's Centre in jeopardy due to funding 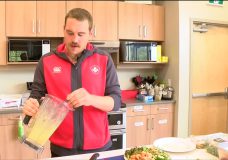