As the country prepares to mark Orange Shirt Day — now recognized as the National Day for Truth and Reconciliation — Greater Victoria residents are being invited to come together and show support for Indigenous children, families and communities traumatized by the residential school system.

Eddy Charlie, a survivor of the former Kuper Island residential school, is once again organizing and hosting the event, which will take place at 10 a.m. in Victoria’s Centennial Square.

While attending the event is free, CHEK News will also livestream the ceremony for those who can’t make it. It will be available to watch at 10 a.m. Friday in this article and on CHEK+.

Charlie and co-organizer Kristin Spray launched Victoria Orange Shirt Day in 2013 after taking inspiration from Phyllis Webstad, an Indigenous woman who has shared her story of having her brand new orange shirt taken away from her at St. Joseph Mission residential school when she was just six years old.

The Victoria event, given the name Xe Xe Smun’ Eem, which means “sacred children” in the Cowichan language, and similar events in other communities across Canada are meant to honour the survivors of residential schools, as well as those who never made it home.

It will feature Indigenous drum and spoken word performances and have representation from various Vancouver Island First Nations including the Tsawout, Tsartlip, Songhees and Cowichan First Nations.

A moment of silence will be led by Charlie to honour victims of the residential school system, which saw 139 schools operate across Canada from 1831 to 1996.

Five of those schools were located on Vancouver Island, where more than 200 children died. Searches of unmarked graves at some former school sites are ongoing.

READ MORE: A brief history of Vancouver Island’s five residential schools, and the children who died there

Charlie and Spray have also partnered with the District of Saanich to create a 15-minute video that educates people on the effect of intergenerational trauma brought on by residential schools.

Last year, the discovery of 215 potential burial sites at a residential school in Kamloops sparked a reckoning of the racist and violent legacy of Canada’s residential schools, many of which were in operation in most adults’ lifetimes.

The grim discovery prompted other First Nations across Canada to launch similar searches.

It also eventually led to an apology from Pope Francis in which he asked for God’s forgiveness for the deplorable conduct of members of the Catholic Church for their role in residential schools. 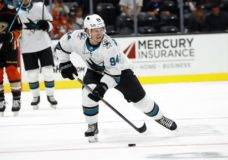 NHL: Russian players all clear for games in Czech Republic 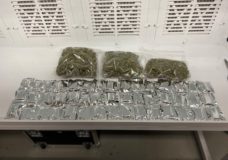