B.C.’s Opposition is calling for an independent review into how the province handled a recent heat wave, saying far too many people died and government must improve its response for future crises.

Liberal leader Shirley Bond said outside experts should examine why the government didn’t better communicate the risks of the heat wave that ran June 25 to July 1, why the ambulance service was backlogged with multi-hour waits, why extra precautions weren’t taken to help isolated seniors and why more cooling centres with water weren’t available to the public.

B.C.’s Coroner’s Service reported 777 deaths that week and said many were sudden and unexpected, with elderly seniors who live alone particularly vulnerable to the heat. On Vancouver Island, double the average number of deaths were recorded.

“We do need to reassure British Columbians that when this happens again, and I think most people would assume it is going to happen again, that the government has done its homework, that it has looked at every tool available and we are better prepared the next time this happens,” said Bond.

“It’s unfortunate there is likely to be a defensive response. This is not about pointing fingers or laying blame, this is about ensuring next time this happens British Columbians can be confident this government has a plan in place.”

Premier John Horgan has defended his government’s handling of the heat wave, saying it was an extraordinary crisis.

But he’s also been forced to apologize for saying “fatalities are a part of life” when asked about deaths caused by the heat, and for suggesting people hold personal accountability for their preparation prior to record-breaking weather events.

“The heat wave experienced throughout B.C. in late June and early July was unprecedented in the province’s history,” the Ministry of Health said Wednesday in a statement.

“The Coroner’s Service and the Provincial Health Officer are working closely together to carefully investigate the circumstances of each death to determine the role extreme heat may have played. The findings of these investigations will be used to make sure we are well prepared for next time.

“Despite the extraordinary level of response from the health system, local governments and everyday British Columbians, the impact of the heat the heat wave was tragic and we offer our deepest condolences to those who lost a loved one.”

Bond also called for a review of the provincial ambulance service, due to reported wait times of up to 16 hours in the certain parts of the Lower Mainland during the heat wave. The situation was so bad that some people were seeking emergency aid at fire halls after giving up waiting for paramedics.

The union representing paramedics has blamed management at Emergency Health Services for taking too long to activate emergency procedures. An online petition calling for the firing of chief operating officer Darlene MacKinnon has more than 11,000 signatures. 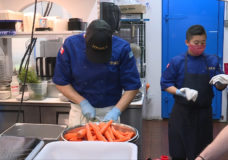 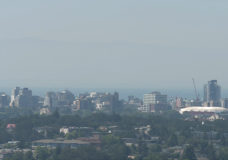