Less than three weeks after university athletes flooded the streets for the men’s rugby championship, it’s like a ghost town these days in Kingston, Ontario as the city recorded its first Omicron case on December 2.

Then cases exploded, according to Dr. Gerald Evans, a Kingston-based infectious disease expert at Queen’s University’s School of Medicine.

“In a period of about six days where we went and basically quadrupled our numbers over a period of six days. So that’s very typical of what we’ve seen with Omicron around the world. It’s certainly been our experience here in Kingston.”

UVic’s rugby team was at the championship and several players have tested positive for the new variant since returning home.

It was reported on Thursday that Island Health is the authority with the most Omicron variant cases reported at this time across the province.

In total, there have been 135 Omicron cases reported in B.C. and 71 of those are within the Island Health region. To put that into context, there had only been five reported cases on Vancouver Island just two days ago.

The next highest total belongs to Fraser Health with 38. Among the other authorities, Vancouver Coastal has reported 20, Interior Health has five and Northern Health has one.

UBC COVID-19 researcher, Dr. Sarah Otto, said the concern now is the compressed timeline in which experts are seeing rises in cases.

“It’s really that short sharp shock of cases. Leading to a rapid rise in hospitalization, that’s the real problem. Imagine if everyone got flu on exactly the same day. Our hospitals couldn’t handle that. And we’d have many more deaths from flu. That’s the problem with Omicron.”

Kingston is now virtually on lockdown.

There’s a five-person limit on indoor and outdoor gatherings, while restaurants have to close by 10 p.m.

Otto says these measures are meant to try to bend the dramatic rise in cases and B.C. could be close to following suit.

New measures may come as early as tomorrow in British Columbia as Dr. Bonnie Henry and Health Minister Adrian Dix have scheduled a live press conference for Friday at noon.

As far as the new variant, it’s starting to look like vaccination may not be as effective at stopping the spread of Omicron, according to Dr. Evans.

It’s still unclear whether Omicron causes more or less serious illness than Delta, but so far there are no known deaths in Ontario or BC associated with the new variant cases. 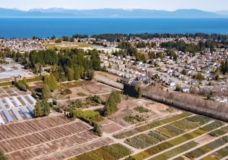 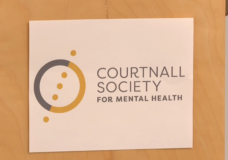