A Nanaimo family that has worked their lives in forestry is warning there will be serious impacts if the government stops all old-growth logging.

Lifetime Nanaimo resident Tim Dorman grew up in a logging family. He and his siblings spent their lives in the industry now they own numerous forestry companies that depend on old-growth logging, employing more than 200 people.

But they’re facing an uncertain future after the B.C. government deferred a large section of old-growth logging in November.

“It’s going to cause everybody that’s worked hard all their life, their assets are going to crash in price and people are going to be out of really good-paying jobs,” said Dorman.

Dorman says the forestry industry is still a backbone of B.C.’s economy and his companies alone have invested millions of dollars. He says suggestions the government should buy out old-growth tenures and pay off workers is a big mistake.

“Where are they going to get the revenue to buy it and how many people are they putting out of work? The numbers are huge,” said Dorman.

On Monday anti-old-growth logging protesters, took to the streets of Victoria, Nanaimo and Vancouver blocking traffic with more protests promised.

This week the Truck Loggers Association held their annual convention where the Independent Wood Processors Association of British Columbia released a new advertisement. They say a flurry of government changes including the old-growth deferments has been crippling.

Contractors that are buying new equipment and all the way up to the licensees that are deciding whether they reinvest and reconfigure the sawmills that they own. Everybody is sort of questioning what they should be doing while this sorts itself out so uncertainty is not a good thing for the industry right now,” said Bob Brash, executive director of The Truck Loggers Association.

Dorman says every time the loggers and B.C. government have made agreements protecting old-growth, anti-loggers change the goalposts.

“They’re never going to give up. They just want us to stop logging,” said Dorman.

Dorman says logging is a renewable resource and there’s no reason not to log more old-growth.

“I could take you out there and show you settings where I logged when I was in my 20’s and they’re ready to be logged again,” said Dorman. “I’m just 60 years old.”

Dorman says once forest companies remove investment from the region getting it back will be difficult. 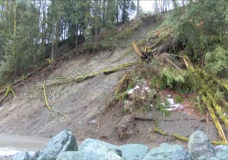 Heavy rains cause mudslides in Cowichan, putting residents on edge: 'It's not safe' 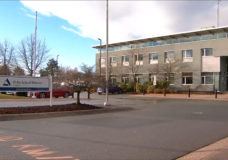 'We'd like to see this in place everywhere': Calls grow for vaccine mandate for teachers as Omicron drives surge in cases