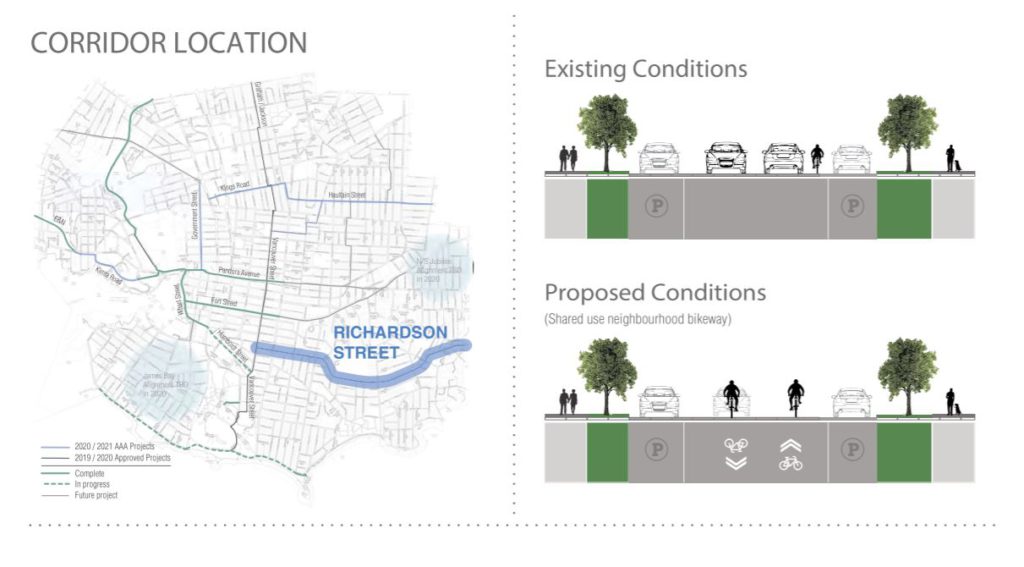 City of Victoria
The design for the Richardson Street corridor

The latest proposal for bike lanes on Richardson Street in Victoria has a neighbouring mayor saying he’s not on board.

Oak Bay Mayor Kevin Murdoch says he raised concerns with Victoria Mayor Lisa Helps nine months ago and thought Oak Bay council would get a chance to weigh in.

“What I’ve seen of the proposal right now, I’m not in support of it,” he said.

Murdoch sent Victoria a letter two weeks ago asking for his council to be consulted.

But Victoria staff say they did consult with Oak Bay almost every month since May of last year.

“If we take time now to send our staff to Oak Bay to get Oak Bay’s input, that takes a month or two months, and that’s time not advancing the next corridor. For me, this one is put to bed,” Helps said.

Victoria council said its staff will be presenting its plans for Richardson Street to Oak Bay council.

Helps said the design is done and she has sent letters to both Murdoch and Weaver.

This is the letter Lisa Helps has sent to @AJWVictoriaBC in regards to his concerns over the Richardson bike lane. @CHEK_News #YYJ pic.twitter.com/vkYwbYvZpm 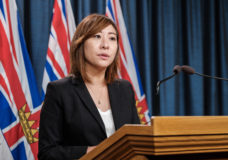 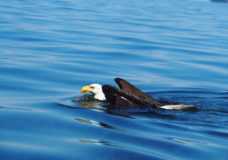