September 3, 2020 updated
CHEK
WatchAs Victoria residents plead for help to deal with a growing homeless camping problem, at least one solution has been taken off the table. April Lawrence reports.

Victoria’s Central Park has a different feel these days with families replaced by teams of bylaw officers, police, and nearly six dozen tents, a number that’s been growing ever since the Centennial Square homeless camp was shut down.

“City staff have been moving people into Central Park. It has grown exponentially,” said Sean Kahil with the North Park Neighbourhood Association.

And it’s not going well. Kahil says neither the campers nor the surrounding residents feel safe. And he wonders why campers are being concentrated in certain parks while many others, even those open for 24-hour camping, sit empty.

He says there needs to be a plan to distribute the homeless campers equitably and for other municipalities to pitch in.

There was hope that Oak Bay Lodge, a vacant former seniors home in Oak Bay, could become a temporary indoor shelter to relieve some of the pressure, but on Wednesday the Capital Regional District (CRD) Hospitals and Housing Committee voted it down.

Oak Bay’s mayor says it was BC Housing and Island Health’s decision, partly because of a covenant on the building restricting its use.

“Looking at the condition of the building, the legal constraints, the timelines, and both parties came back and said it wasn’t feasible for temporary use,” said Mayor Kevin Murdoch.

The CRD’s board chair Colin Plant says while the CRD can’t force municipalities to build shelters and housing, it has hundreds of units in the works. Over the next 12 months, it is partnering to open more than 500 units of affordable housing in Langford, View Royal, Sooke and Salt Spring Island.

But Plant says the CRD isn’t able to provide the type of low-barrier supportive housing needed by many of those currently sleeping in parks.

“We are not in a position to be able to afford to take on those 360 wraparound supports that are needed for the people who then need that housing,” he said.

That, Plant says, is the job of the provincial and federal governments.

The Ministry of Municipal Affairs and Housing says it has opened more than 2,800 supportive homes in the past three years but is now calling on the federal government to step up and help provide further funding for housing to meet the current challenges. 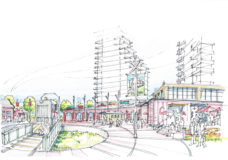 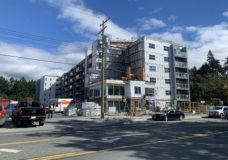