The five First Nations have territories on the west coast of Vancouver Island that range from the Brooks Peninsula in the north to Point No Point in the south.

“Well you know forever, we’ve been negotiating for a right to a livelihood from the fishery and because we’ve always done this,” said Nuu-chah-nulth Tribal Council President Judith Sayers.

And the 400-page court ruling paves the way for that to happen. It calls for changes to government policy and effectively putting Indigenouss fishing rights ahead of those of sport fishers.

“The federal government, DFO, have to make room in the commercial fishery for the five nations to fish and it has to have economic viability,” said Sayers.

The judge ruled that existing DFO salmon allocation can’t be justified and must be changed. The ruling also states that the five First Nations have the right to fish for halibut and other ground fish which they couldn’t do before.

In a statement, federal fisheries minister Dominic LeBlanc said “I have directed Fisheries and Oceans Canada to review the Pacific Salmon Allocation Policy. We will work in collaboration with Indigenous groups and all stakeholders to renew and co-develop this policy.”

“You know they always speak good words but we need to have them at the table, we need to see that they’re serious.” added Sayers.

Judith Sayers says she thinks the possibility’s that a deal can be negotiated over the next year is only about 50/50. 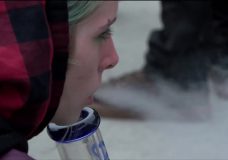 Sense of accomplishment at Victoria 4/20 smoke-in 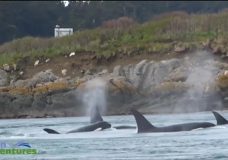