Lori Brehault of North Saanich was diagnosed with breast cancer on Labour Day weekend 2021 and had surgery by Nov. 25.

Now she’s waiting for a follow-up appointment with an oncologist at the BC Cancer Centre in Victoria.

“The wait is so long and there’s no end to the wait or the mystery,” Brehaut told CHEK News.

She says the BC Cancer Agency states the ideal window to see the specialist is within 12 weeks of surgery.

“That’s the ideal window to like follow up with you and get you on whatever medications,” Brehaut said. “Yesterday was my week 20 after surgery.”

She says she’s lucky not to have needed chemotherapy or radiation but is waiting for possible hormone blocker medications.

The problem Brehaut says is only the cancer clinic can administer those medications and she’s heard there’s a wait list of over 200 people like her designated as non-emergent.

“My concern is that this is going to keep getting worse and worse and eventually some of these non-emergent people might turn into emergent or just get overlooked,” she said.

She thinks the Ministry of Health isn’t taking the situation seriously enough and wonders if general practitioners and nurses should be able to administer the hormone medication.

“My biggest concern isn’t that I’m going to die immediately of cancer, like maybe I should, I’m sure that’s lingering somewhere in there but if I wait six, seven, eight months past surgery, if we get to the one year anniversary of my diagnosis, you know is that too long?” she asked.

In a statement to CHEK News, BC Cancer said they couldn’t disclose specifics about the case due to patient confidentiality, but said that patients are triaged based on their condition.

“Patients who urgently require cancer treatment are prioritized,” the statement says. “Patient wait times are carefully tracked across the province and mitigation strategies are employed, when needed, to balance demand and the capacity of our staff, physicians and centres.”

For Lori, she says she’ll continue to put her life on hold until she gets the call but right now she doesn’t even know where she is on the waiting list.

“I know that BC Cancer has a really good reputation down here in Victoria and I’m really looking forward to having that appointment and being a recipient of the good care that I know they have given,” said Brehaut. 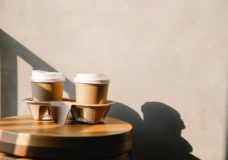 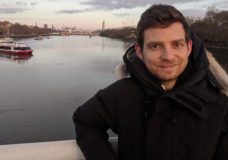 'Death is a real possibility,' Canadian says of life in Ukraine defence legion