No tsunami or damage after 4.6-magnitude quake west of Vancouver Island: Earthquakes Canada 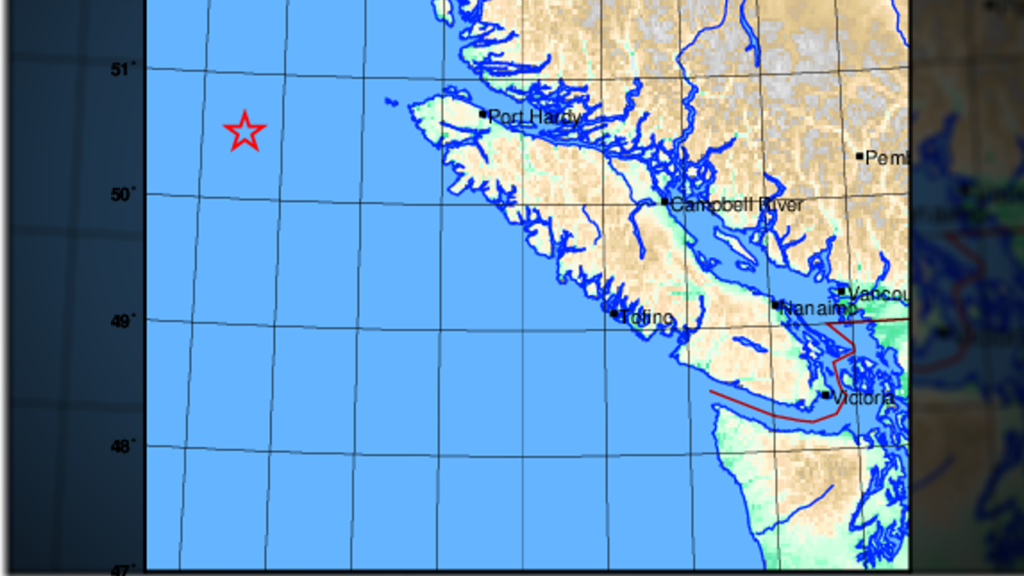 No tsunami is expected and no damage was reported after a 4.6-magnitude earthquake struck off the west coast of Vancouver Island Tuesday morning.

The earthquake, measuring at a depth of 10 kilometres, was recorded at 5:29 a.m. PT with its epicentre 210 km west of Port Hardy, or 376 km west of Campbell River, Earthquakes Canada says.

“There are no reports of damage, and none would be expected. No tsunami expected,” the agency posted on its website.

Dr. John Cassidy, earthquake seismologist with Natural Resources Canada, took to Twitter saying the quake was “not an unusual event,” adding, “earthquakes of this magnitude (or larger) occur here several times each year.”

Dec. 6, 1918: A M7 earthquake struck the west coast of #VancouverIsland. It caused damage in nearby communities, strong shaking in Victoria/Vancouver, and was felt as far away as the BC interior and northern WA (and followed by many, many aftershocks).https://t.co/55NqGQ5Xq3 pic.twitter.com/qoOpcVf8gq

This latest earthquake comes more than a century after a magnitude-7 quake struck the Island’s west coast on Dec. 6, 1918 — one of the largest to ever hit the region, according to seismicity data from Earthquakes Canada.

“It caused damage in nearby communities, strong shaking in Victoria/Vancouver, and was felt as far away as the B.C. interior and northern Washington (and followed by many, many aftershocks),” Cassidy recalled.

It also follows two other more recent earthquakes detected just one day apart, including a 4.8-magnitude quake northwest of Tofino on Nov. 25 and a magnitude 4 shaker in the same region on Nov. 24.

While the former resulted in no reports of damage, more than 100 British Columbians living in cities like Campbell River, Nanaimo, Powell River and as far away as Vancouver told Earthquakes Canada that they felt shaking.

At the time, Cassidy told CHEK News that while a magnitude 4.8 quake was not unheard of, it was a relatively rare event considering the area around Tofino hasn’t seen one of that size in more than a decade.

He explained the lack of aftershocks was likely related to the quake’s depth, which Earthquakes Canada said measured 32 kilometres.

“It’s probably in this ocean plate that is very slowly being pushed beneath Vancouver Island, and those types of earthquakes, like the Nisqually earthquake near Seattle back in 2001, those deep earthquakes tend to have no aftershocks or very few and very small aftershocks,” Cassidy added.

Officials remind Island residents to have an emergency kit and know what to do in the event of a quake, including dropping, covering and holding on if the ground shakes. More preparedness tips are found on the B.C. government’s website.

A M4.6 #earthquake occurred ~150 km to the west of the northern tip of #VancouverIsland today at 5:29 a.m. (no tsunami / no damage).https://t.co/V7EGHx0dcU
Not an unusual event, earthquakes of this magnitude (or larger) occur here several times each year.https://t.co/wlgp9stZpV pic.twitter.com/p3rcbfi7AL 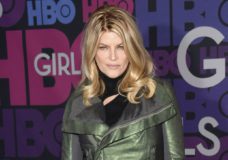 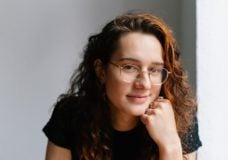