No investigation or charges after pig adopted then killed in Duncan area: BC SPCA 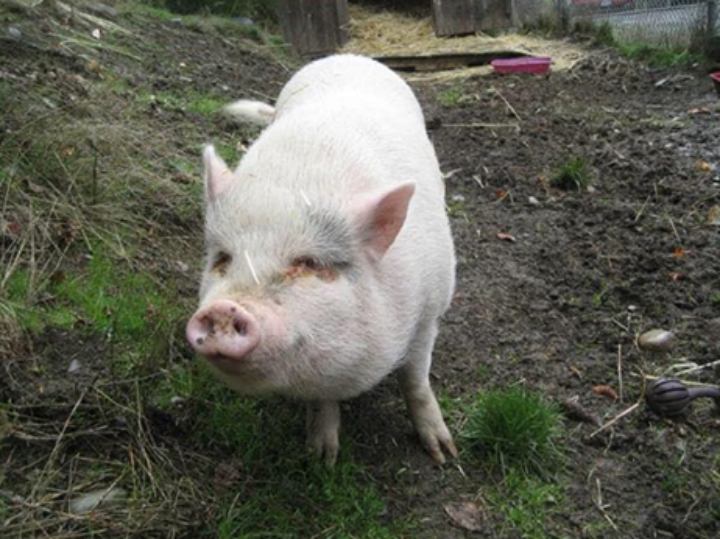 Molly the pig was adopted in January and then killed in the Duncan area. Credit: Facebook

An individual who adopted a pig then killed it for food in the Duncan area will not be the subject of the investigation or face any charges, according to the BC SPCA.

Molly the pig was adopted from the Cowichan Branch on Jan. 19 and the BC SPCA said the person who adopted the animal did commit in writing to not use the animal for food.

“Unfortunately, once someone becomes the legal owner of an animal, we have no legal recourse if they do not honour their commitment, but it was definitely discussed and agreed to during the adoption process,” Lorie Chortyk, BC SPCA general manager of community relations, said.

Molly was a Vietnamese pot belly, one of 57 who that came into the BC SPCA’s care early in the summer.  All the females were pregnant, farrowed, and babies were fixed and adopted. The BC SPCA was informed Molly was killed and used for food on Feb. 16.

“I’ve been with the SPCA for 17 years. This is the first situation that I have heard of,” Chortyk said.

“Normally you are getting pictures about how great they are doing because it’s a pretty exhaustive application process to make sure that we find a good home. Sadly, what you can’t guarantee against is that someone is going to be untruthful to you.”

Chortyk said farm animals are often seized during animal cruelty investigations. The SPCA then works on adopting them to people who have a farm and wish to keep them as a pet.

“It’s obviously not the outcome we wanted for that animal but it’s not illegal,” Chortyk said.

“The staff are extremely upset as we care very much for every animal we look after and our goal is to find each animal the very best home possible.”

However, Chortyk said the individual is now on the BC SPCA’s database and will not be allowed to adopt any animal at any of the province’s 36 branches. 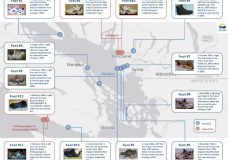