No extreme weather shelter for homeless has churches ‘scrambling’ in Parksville

Up until two months ago, Cat Winter was homeless herself. So when she came across a homeless woman pushing her cart though Parksville Tuesday, she stopped to talk.

“I was just wondering where you slept,” asked Winter.

“Um I just took shelter under a commercialized building,” the homeless woman replied.

Winter said when it rains when you’re homeless and outside, it “runs right through you.”

Winter calls herself one of the lucky ones in Parksville.

She’s one of 52 homeless who have been moved into new supportive housing, Orca Place, on Corfield Street. But the city quashed earlier plans to have an emergency weather shelter run out of it, leaving dozens still out in the cold.

“I mean there’s still loads of people that never got into the apartment there and I see them still,” said Winter.

“There’s all of us standing out there ready to go for our hot meal and there’s all these other people still with their carts walking around at night.”

“Between Parksville-Qualicum I’d say we still have 28, 29 that I can find,” said advocate for the area’s homeless Kelly Morris about the number of homeless people in the area.

The City of Parksville declined our requests for an interview about the homeless and a possibility of an extreme weather shelter but CHEK News has learned that eight community churches are stepping in to try to fill the need. Officials tell CHEK News they are scrambling and are still working out the details but plan to offer eight beds and each night a different church hosts them in hopes that the extreme weather will be allowed that way.

“Now we have churches that are stepping in but unfortunately there’s only eight people that get to come in,” said Morris.

“But what do we do about the rest of the people.”

While volunteers, churches and BC Housing, hurry to work out the details, the weather is getting wetter and colder fast. So Cat Winter will keep looking out for the homeless still out there, grateful she isn’t among them. 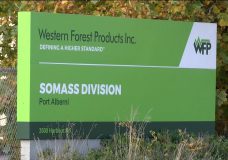 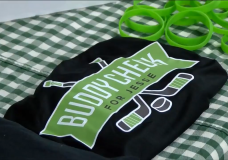