Posted: Dec. 16, 2019 5:35PM | Last Updated: Dec. 16, 2019 5:42PM
CHEK
WatchThe results of a provincial study launched earlier this year on possible emergency detour routes for the Malahat highway are in. And it turns out, there will be no detour at all. April Lawrence reports.

The B.C. government says an alternative emergency detour route is not coming for the Malahat as all routes assessed were determined to have environmental, engineering, property and community disruption impacts.

On Monday, the provincial government said it had reviewed the report on potential emergency detour routes for longer-term closures of the Malahat (Highway 1) north of Greater Victoria.

“While the report determined feasible detour routes exist, it also detailed potential impacts to the community watershed and local environment,” the Ministry of Transportation and Infrastructure said in a release.

“Due to these community and environmental impacts, the focus of the Ministry of Transportation and Infrastructure will remain on improving safety on the existing Highway 1 route, so incidents that result in longer closures can be limited.”

The study in the report looked at the feasibility of a route that could make use of existing forestry resource roads, trails and/or Greater Victoria Water Supply Area maintenance roads, with limited investment and footprint changes.

According to the government, closures of the Malahat long enough to trigger a detour occur “relatively infrequently, at approximately 1.1 incidents per year on average.”

“Since 2009, there have been seven closures of the Malahat longer than four hours in duration,” the Ministry of Transportation said.

“In the event of a long highway closure, the Pacific Marine Circle Route is available as a detour, with a travel time of approximately 3.5 hours.”

The government said work is underway on a project to widen Highway 1 between Leigh Road and the West Shore Parkway, which will include adding a centre median barrier.

The province is also looking at adding 1.5 kilometres of a median barrier to the highway north of the West Shore Parkway to just north of Finlayson Arm Road. Engineering work is underway. 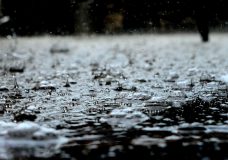 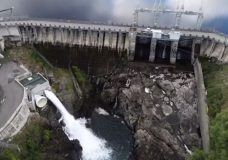