November 21, 2020 updated
Chek
WatchNew restrictions on social gatherings will have an impact on Vancouver Island pubs and restaurants as group sizes are reduced. April Lawrence reports.

There will be a lot more solo pints and tables for one in the weeks ahead with new health orders limiting who you can socialize with in and outside your home.

“I’m ordering that there will be no social gatherings of any size with anyone other than your immediate household, this applies in our homes, vacation rentals and in the community and in public venues,” said Dr. Bonnie Henry, B.C.’s provincial health officer, on Thursday.

The new rules will no doubt prove a challenge not just for people but for businesses, particularly pubs and restaurants.

“It’s certainly going to be a tough pill to swallow for the next few months here,” said Michael Colwill, owner of the Fernwood Inn.

That’s because before Friday you could head out for a bite to eat or a drink with a couple friends or some coworkers, anyone in your “safe six.” But now the rules have changed and that’s a big hit for the businesses that serve those groups.

“There’s some people that come in by themselves and the odd couple that come in just as a couple but typically this the place you go out to meet friends for a beverage as any other licensed venue in town would be,” said Mike Spence, owner of The Drake Eatery.

There’s also concern about how staff might police it considering there are some exceptions, including for people who live alone who are allowed to socialize with up to two friends.

“So I think restaurants will all interpret it a little different than others. I think that’s the potential risk,” said Colwill.

For some, serving small “safe six” groups has kept them afloat through the pandemic so there’s no doubt the new rules will hurt, but they agree it has to happen.

“We just want people to stay safe, do the right thing, put that before business for us, really, a little bit of pain in the short run will help us definitely more in the long run,” said Colwill.

For now, they’ll rely on to go orders, families and solo diners, and those who live alone with a friend or two. The orders are in effect provincewide until Dec. 7. 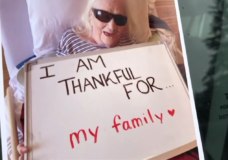 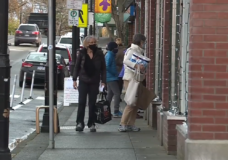