New rules for roadside stops in effect at midnight

WATCH: Some say the new rules will take more impaired drivers off the roads, but others say they give police too much power.

Beginning at midnight Tuesday morning, drivers stopped lawfully by police can be asked to provide a breath sample for any reason — police will not need to suspect they could be impaired.

“Even experienced police officers using their training to detect impaired drivers often miss the signs and symptoms and that’s how people are getting through the net,” said Cpl. Michael Halskov from the RCMP’s Integrated Road Safety Unit.

Last year, a quarter of fatal crashes in B.C. were due to impairment.

This change is the first of its kind in Canada and is similar to what was done in Australia years ago.

UVic researcher Tim Stockwell says there was a drop in single-vehicle nighttime deaths in the Australian state of New South Wales as a result.

“On the day that the law came in… those deaths fell off a cliff,” he said.

But critics warn the new rules could be used to target certain populations.

“Our concern is that this will be used in disproportionate ways against racialized individuals and communities in a way that will further the existing racial profiling and harassment that happens in our justice system,” said Abby Deshman, director of the criminal justice program at the Canadian Civil Liberties Association. 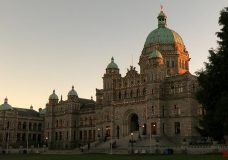 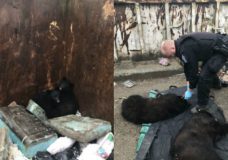