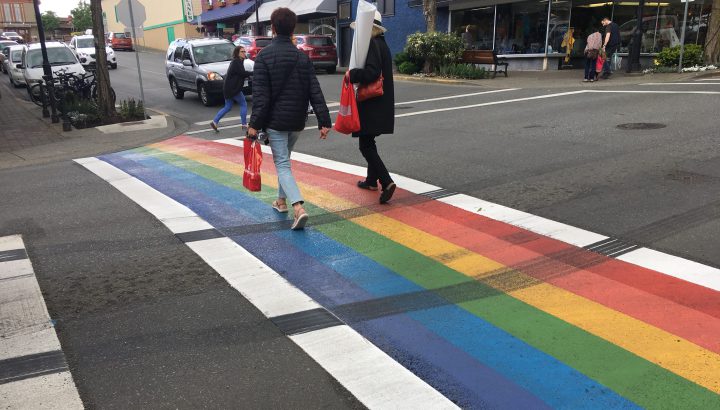 The vandalized rainbow crosswalk still had marks on it after 2 p.m. Saturday.

A new rainbow crosswalk in Courtenay was vandalized Friday, just one day before an event to celebrate its opening.

Witnesses say around 5:15 p.m. a white Dodge pickup truck spun its tires and skidded off, leaving marks on the new installation at the intersection of 5th Street and Duncan Avenue .

The crosswalk is painted to show support for LGBTQ+ community.

“It’s okay because it’s still beautiful,” said Jenny Deters, the owner of a store overlooking the crosswalk. “There are a few people who are going to want to put a mark on it… I wish [those people] wouldn’t but it doesn’t matter, we still have it.”

Deters adds that the crosswalk was installed only one day prior to the incident.

The event, hosted by Comox Valley Pride, is called “Elevate the intersection“. The free family event will be hosted in Downtown Courtenay Saturday from 7 p.m. to 11 p.m. 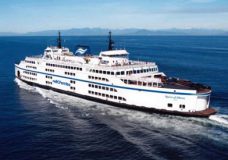 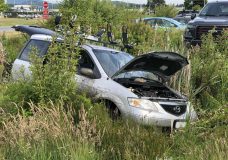