New poll shows evenly divided support for and against electoral reform in B.C. 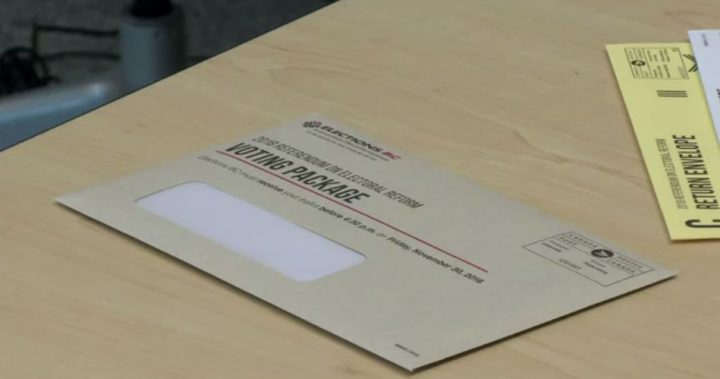 Referendum voting packages have to be received by Elections BC at 4:30 p.m. on Nov. 30.

As a referendum on electoral reform heads into the final 10 days,  a new poll finds British Columbians evenly divided over their preferred outcome.

The Research Co online survey of 800 adults in BC reveals that 40% say they will “definitely” or “probably” vote for the current first past the post system.

It also shows that  40% say they will “definitely” or “probably” vote for a switch to proportional representation.

“A majority of voters aged 55 and over (57%) hold extremely favourable views of the current system,” says Mario Canseco, President of Research Co.

“In stark contrast, more than half of those aged 18-to-34 (53%) prefer proportional representation.”

The poll finds that 57% of those who plan to keep the current voting system cite confusion with the options on the ballot as the principal reason for their decision.

48% of those who support proportional representation say it is a fairer system.

As of Tuesday morning, Elections BC reports receiving 779,200 voting packages, or roughly 24% of eligible voters.

The riding of Parksville-Qualicum shows the highest rate of screened returns in the province at 21.8% of eligible voters.

The deadline for Elections BC to receive the ballots is Friday, November 30th a 4:30 p.m. PT

Rotating strikes by Canada Post are affecting delivery times, so those who haven’t voted should mail in their ballots this week.

Ballots can also be submitted in person at Service B.C. offices around the province or a Referendum Service Office. 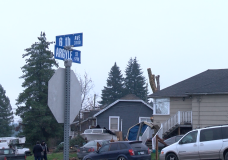 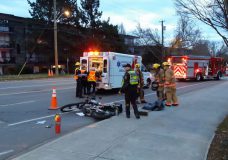