September 2, 2019 updated
CHEK News
WatchIf you're a driver, you could be in for some big changes. Starting Sunday ICBC has a new way of calculating your premiums. As Julian Kolsut found out, that could mean a difference of hundreds, even thousands, of dollars

ICBC has rolled out a new way to calculate premiums for drivers across the province Sunday.

The new rules will look harder at the history of primary and secondary drivers.

“We are moving toward a more driver based model. So that means the drivers who operate the vehicle their driving experience and crash history is going to play more of a role on how the rate is calculated,” said Tyler Mcgilvery of ICBC.

“Previously it was based more on the vehicle itself.”

As a result prices could shift in either direction.

“Premiums are going to be based 75 per cent on main driver what we call principle driver, and 25 per cent is on the other listed driver with highest risk profile,” said Mcgilvery.

A calculator on ICBC’s website lets you see some estimates on what your history will cost.

If you have 15 to 24 years of experience on the road, no crashes, and drive on southern Vancouver Island more than 15-kilometres per day to work or school you’re looking at around $775.

But add a family member with only two years of experience with one crash at fault, that number shoots up to $1,100.

With two crashes it is over $1,500, and for some the prices continue to go up from there.

“This is probably a good move to have the focus on the driver rather than the vehicle,” said Steve Wallace of Wallace Driving School.

“Many people were penalized in the past by having their vehicle driven by someone else, a crash takes place, the state stayed with the vehicle not the driver. This is a much more fair system.”

For those who are safe and experienced drivers, that means some savings. If you take a photo of your odometer and can prove you drive under 5,000 kilometres a year, you could save even more money.

But some businesses say there are some issues with the current changes.

“I’ve got a couple concerns with our industry, if you have a person drive your vehicle more than 12 times, you have to list them as a driver,” said Wallace.

“For a big driving school like myself that’s not a problem we can shift [students] around… for smaller driving schools in our market place it’s gonna be an encumbrance. I don’t think anyone thought of that and nobody consulted us prior to the legislation.”

Wallace hopes ICBC will propose a fix for the issue.

But until then it’s leaving a big question mark for driving schools and countless other companies across British Columbia. 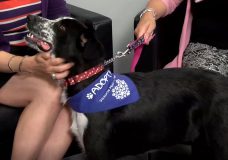 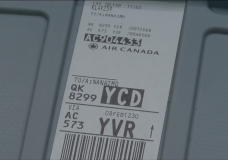